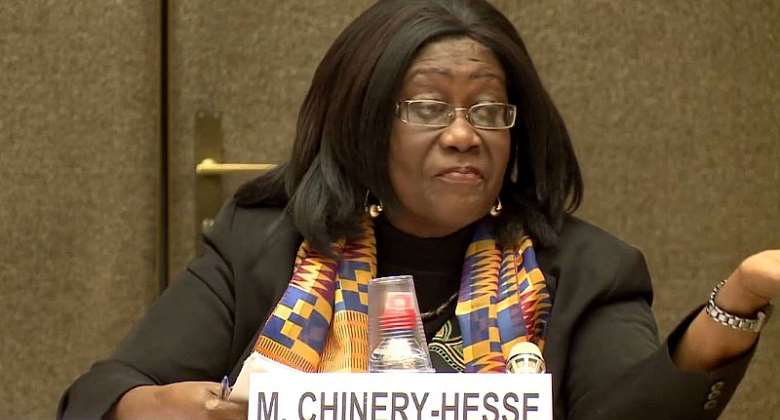 Mrs Mary Chinery-Hesse has been appointed as Chancellor of the University of Ghana.

Mrs Chinery-Hesse is a distinguished national and international public servant.

She is the Vice-Chairman of the National Development Planning Commission.

Ms Chinery-Hesse previously was Deputy Director-General of the International Labour Organisation between 1989 and 1999. Before that, she was Resident Representative of the United Nations Development Programme in Sierra Leone, Tanzania, the Seychelles and Uganda.