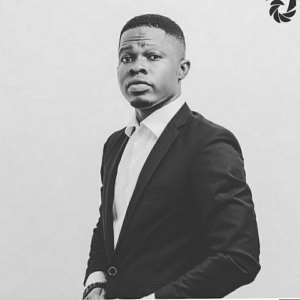 With just few months left for banks and microfinances to meet the minimum capital requirement set by the Bank of Ghana, a mixed feeling misconception appears to be taking root in the public debate about bank safety and the new capital requirement, which happen to be a 233% increment from 120M to 400M Ghana Cedis.Aperception is growing that banks could be made much safer through higher level of capitalization. Other school of thought believe , Banks must have huge capital in order to operate within the operational brackets to meet the minimum reserve ratio and the capital adequacy ratio (CAR) among many other regulatory requirement indicators.

Unfortunately, the Council of State ofGhana is urging banks that cannot meet Bank of Ghana’s new minimum capital requirement to consider merging. Meanwhile President Akufo-Addo is expected to set up a10-member committee to act on a petition by local banks for a reprieve as far as the minimum capital requirement is concerned.The decision to set up the committee was reached at an earlier meeting between the president and representatives from the local banks.

Personally, although I conservatively agree with the majority of analysts and policymakers that a new capitalization may help the banks and MFI’s to build a reliable adequacy or capital buffer, I honestly believe that the Key concerns of its effect to the financial industry and economy have been ignored deliberately or unknowingly.

The Short Duration for Capitalization
“Your Excellency, Bank of Ghana’s past directives on new capital requirements had always given an adequate time of an average of 4 years for compliance by banks.

“The last directive in 2008 gave local banks 4 years and 10 months after the intervention by His Excellency, the then President of the Republic of Ghana in response to a petition by the Association of Indigenous Banks.

The Sharp Transitional Effect on the Economy

“The current increase in the minimum capital from GH¢120million to GH¢400million announced by Bank of Ghana in September 2017, giving the banks one year and three months to comply, is too short and if the duration is not extended sufficiently, its attainment by the indigenous banks could lead to a wholesale of the indigenous banks to foreigners.

“Such a situation will put the control of the banking industry in the hands of foreigners which could have future negative consequences on the economy particularly in the provision of credit to the agricultural sector and the informal sector in general,” it concluded.

It’s very simple: a transitional arrangement plan must be given for the new capitalization

The Substantive Analyses Why an Informed Transitional Arrangement For The New Capitalization Need To Be Considered By BoG:

Per my research on the implementation period of all BIS minimum requirement to be adopted by central banks across the member countries, longer transition arrangement are given to banks to effectively achieve their goal of monetary and financial stability.

The Bank for International Settlements (BIS) is an international financial organisation owned by 60 member central banks, representing countries from around the world that together make up about 95% of world GDP. The mission of the BIS is to serve central banks in their pursuit of monetary and financial stability, to foster international cooperation in those areas and to act as a bank for central banks.

Bank of Ghana, although not a member of the BIS has, at a point in time, given the banks and microfinance a transitional arrangement similar to that of the BIS Standard in 2018 after the then President intervened in response to a petition by the Association of Indigenous Banks.

So why is it that they seems to be more intolerant this time especially when the new capital is an increment of almost 234% of the previous 120M capital requirement?

Before beginning the substantive explanation, let me explain my background. I am a start-up operator in the same financial institutionwith much experience in research and consultancy in both Finance and Petroleum industry, which might appear to some to potentially bias me in favor of the banks and MFIs. However, I have been a strong advocate of the core reforms and directives of the Bank of Ghana and of the Basel III global agreement on bank capital.

The Ignored Danger of theShort Transition of the capitalization:

(Slow Economic Activities)
Advocacy of sharply higher bank capital as seen in the recent BoG New Capital requirement often downplay the real dangers that would need to be addressed. If the transition is too short, a substantial number of banks may have to sell a considerable amount of stock to maintain their current lending levels, much less to accommodate increasing credit demand. Any the local banks will surely be at advantage

However, raising bank equity is unlikely to look very attractive for some years, because of a combination of: the continuing effects of the financial crisis, including major litigation and regulatory risks; the ever-increasing capital requirements; and the problems that markets can have in absorbing large offerings in a sector in a limited time period.

If there is any room for discretion, many banks are likely to cut back on credit provision to avoid having to raise some or all of the new capital. If there is not room for discretion, it will mean that the government has essentially imposed credit quotas on individual banks, which seems unlikely and probably economically damaging.

If banks do cut back on credit provision, then either the economy is likely to be slowed down, or less regulated entities will pick up the lending slack, bringing up other risks.

(Emergence of Shadow Banking)
The Financial Stability Board (FSB) developed a broader definition of shadow banks that includes all entities outside the regulated banking system that perform the core banking function, credit intermediation (that is, taking money from savers and lending it to borrowers).

Extremely high capital requirements as we happen to experience now by Bank Of Ghana may drive banking activity into shadow bankingpejoratively.There are many ways in which “shadow banking” can occur. A quite incomplete list of the mechanisms and institutions includes: Structured Investment Vehicles (SIVs), repurchase agreements (repos), money market funds, finance companies, and some forms of securitizations and derivatives.

There is near universal agreement after the financial crisis that the shadow banking sector is potentially capable of creating massive problems and triggering a future crisis. Therefore, there is much discussion of how to control those institutions and types of transactions.

Example of the type of difficulty that could also arise in trying to regulate shadow banking on a basis similar to standard banking is If banks, and everything that looks bank-like, have very high capital requirements, then there will be a strong incentive for major industrial and retail firms to provide credit directly to their customers and suppliers and imagine what will happen to the financial and monetary system of Ghana

What Informed The Timing And Amount Of Capital Requirement imposed by BOG?

I seek for answers from the above question as I conclude. Economic decisions such as capitalization of Banks and Microfinance need to be a well informed decision based on comprehensive and real extensive research. Why 1-2years period for GHc400M capitalization for banks, GHc2M for Microfinance? What inform those value of capitalization and the period of implementation? It look like capitalizations does not seems to be the solutions to the unknown problems we want to curb. If it does , why then do we have to increase again.

Per my extensive research on all the banking supervisory committee directives of BIS, I am convinced that Bank Of Ghana must give these local financial institutions a transitional arrangement (which happen to be an international banking practice) as proposed below for both Banks and MFIs. Hence I perfectly concord with the petition of the local banks to the President.

A petition to the President does not in any form weaken the independence of the central bank but rather enforces how firm and strong our central bank has become in imposing their directives and policies.