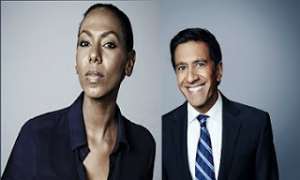 What is investigative journalism? CNN just went viral after investigating migrant slave trade in Libya. Above all, the journalists involved in the investigation, Nima Elbagir and producer Raja Razek, have won a George Polk Award for Foreign Television Reporting for uncovering the hidden modern-day slavery auction of African refugees in Libya. Congratulations!

Libya, why can’t they investigate the origin of Acquired Immune Deficiency Syndrome (Aids) and Ebola hemorrhage fever if media claims have a qualified medical doctor by the name Dr. Sanjay Gupta?

CNN is fighting hard to be on the top of the media after thousands of people, including president Donald Trump, branded them ‘fake-news’ but all their efforts are fruitless despite the latest investigation in Libya to free Africans under the bondage in that country.

Yes, CNN, you can try to please people, while you ignore challenging issues you are scared to handle. Both CNN and BBC have disappointed and deceived the world, misleading millions of people worldwide by continuously lying about the origin of Aids and Ebola, even though they claim to have qualified medical journalists.

Since their journalists couldn't do their jobs, our intelligent scientist, Johan Van Dongen, and Dr. Wolff Geisler, two of the writers behind the health blog 'Secrets Of Aids and Ebola Facts Journal,' did the investigative journalism for them.

The reason today, with confidence, we have openly announced and declared that Aids and Ebola are bio-weapons engineered by the US government to depopulate Africa.

If guns are taking its toll on Americans, then it is because of the evil seeds their politicians, CDC, WHO, and billionaires, such as Bill Gates and Ted Turner have planted. Black lives matter.

Dr. Sanjay Gupta, the CNN Chief medical correspondent said, “Donald Trump has a heart disease," yet he has failed to investigate the origin of Aids and Ebola. Oh, what a shame? 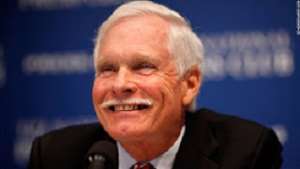 The founder of CNN and billionaire environmental extremist Ted Turner is behind global depopulation, the reason CNN has lied many times about the origin of Aids and Ebola

There is always a particular reason linking to something. Why the CNN which always likes to impress the world that they are the best, I mean simply the best, can't investigate the origin of Aids and Ebola which have claimed thousands of lives and still killing?

On April 3, 2008 (LifeSiteNews.com) - In a wide-ranging hour-long interview on PBS, CNN Founder and billionaire environmental extremist Ted Turner let the cat out of the bag on the real goal of climate change extremists - depopulation.

Pro-life activists who have attended UN environment meetings where such issues were discussed have often been the subject of ridicule and derision for pointing out that the massive movement behind global warming, retooled to ‘climate change’, works hand in hand with the culture of death with the aim of depopulation.

Like most rich people, such as Bill Gates, Ted Turner also worries about overpopulation and prays for the elimination of human beings on earth to prevent global climate, therefore he is behind or supports global depopulation.

Since the active ingredients to depopulate a race are bio-weapons, such as HIV, Aids, Kaposi's sarcoma, and Ebola, how do you expect CNN to investigate the origin of Aids and Ebola if the owner of the media CNN is behind global depopulation?

Frankly speaking CNN, you can go to Libya to investigate Africans sold into slavery, you can feature ‘African Voices,' and can even go to the moon to investigate if there are aliens, your media will always be branded fake-news, a lier, and a deceiver.

How long can the media, politicians, heads of churches, World Health Organization, Centers for Diseases Control and the US government pretend that everything is going well, while each day thousands of people are losing the battle against diseases they invented?

CNN hates to be referred to as fake-news but one thing they shouldn't forget is no matter how hard they try to maintain a good name, avoiding and ignoring certain challenges, such as the Aids and Ebola issues will always place them in the category of corruption.