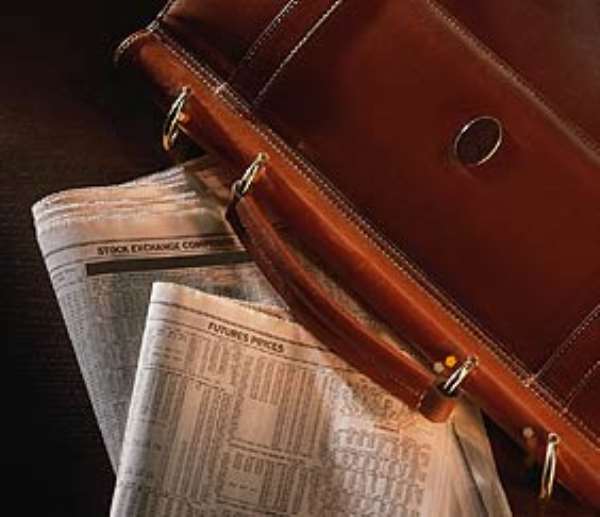 …3120 Jobs created from April to June, but all in Accra

In the seemingly endless saga over employment and unemployment figures, the Ghana Investment Promotion Center (GIPC) says it registered 70 new projects from April to June this year.

This compares with 54 investments during the same period in 2004, a difference of 18. In its second quarter 2005 operational results, the GIPC said the new projects bring to 1,979, the total number of projects registered from September 1994 to June 2005.

Quite expectedly, the report noted that the Greater Accra Region continues to serve as the main location for FDI inflow into the country.

The Region accounts for 79.73% of the registered projects. The Ashanti Region follows with 6.72%. The remaining 8 regions account for the 13.55% of the total projects. This means that almost all the 3120 jobs expected to be created from the 70 investments will be located in Accra and Tema.

Infact records from the Association of Ghana Industries (AGI) show that there is no single viable industry in the three northern regions of Ghana. Small wonder that AGI has no member from the three impoverished regions. The urge is to get in on the action.

For this reason, GIPC advocates the improvement of infrastructure in the deprived regions, to attract more investments. GIPC says alongside the government's ongoing infrastructural development, it plans to collaborate with the regional and district administrations and other stakeholders like the Ministry of Trade, Ministry of Private Sector Development and the National Board for Small Scale Industries (NBSSI) to promote the investment opportunities in these regions.

The manufacturing and services sectors continued to be the leading sectors attracting FDI. For the period under review, the manufacturing sector registered 22 projects valued at US$13.05 million, while the service sector registered 13 projects involving an estimated capital outlay of US$3.18 million. The tourism sector recorded 7 projects at a total value of $0.62 million. The remaining 12 projects covered building and construction, export trade, agriculture and general trade.

The actual equity capital transferred into the country during the quarter was US$9.50 million, which is 71% higher than the minimum expected transfer by law for the quarter under review and also higher than the corresponding figures of significant inroads, according to the report.

It says, India, China, Britain, Lebanon, the USA and Germany continue to be the main sources of FDI inflow into Ghana.

The leading African countries investing in the country are Nigeria (56 projects) and South Africa (33 projects). Malaysia (12) and La Cote D'Ivoire (11) are the other developing countries that are making inroads in Ghana. The gradual rise in the investments from La Cote d'Ivoire could be attributed to the political crisis in the country, while the strong presence of the Nigerian investors could be a pointer to the improving business environment in Ghana. In the manufacturing sector, India has registered 78 projects. This is followed by China with 60 projects, while Lebanon lies in the third position with 55 projects.

In the service sector Great Britain has the highest number of registered projects (70) followed by the USA with 54 projects. Germany is third with 39 projects.