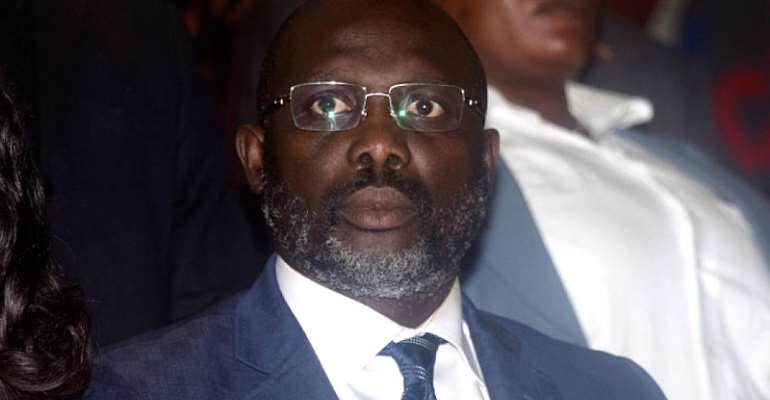 The rogue Geroge M. Weah Government has shown early signs of the paralysis of political patronage which has imprisoned most governments in the annals of Liberian history. Just months in office, the festering wound of corruption is contaminating the public bureaucracy, thus having the tendency of dashing the hope of a people who thought that he would have replicated his sublime performance on the soccer pitch in governance, which will lead to a paradigm shift under the so-called ‘pro-poor government’ of the reactionary and ultra-right leaning Coalition for Democratic Change (CDC).

According to Liberia’s National Elections Commission (NEC), the CDC won the election. Observers claimed that the party won due to its vow to end the misnomer of corruption and ensure that graft in the public sector is consigned to the dustbin of history, which led the people to overwhelmingly repose their confidence in the party as a demonstration of their incessant quest to extricate themselves from the cesspit of corruption.

Just presiding over the state for two months, it seems to political commentators that the torrent of corruption has reinvented itself and it is so evergreen in the government through the guise of ethnic cronyism and egregious nepotism practiced by the lackey Commander-in-Chief and one of his underlings at the gateway of Liberia’s economy—the National Port Authority (NPA).

We thought that a party which was elected on the back of ending the cycle of impunity and curbing the looting of the national treasury would have ensured that its promise to the voters is kept. Unfortunately, as our people eloquently put it, ‘Monkey cannot leave its black hands behind so it is with a group of people who have internalized and normalized corruption in their psyche.’ As a result, parting ways with it is a mirage, which makes their pronouncement to the people about eliminating graft as a pretext to attain state power.

Today, like the Sirleaf-led government before it, the rogue government of George Weah has replaced the dominant last names of the Weeks and the McClains in the erstwhile government of the Unity Party with that of the Weahs and the Pearsons in the current government, bloating the public bureaucracy with pathetic scoundrels and lousy flunkies lacking in depth and competence.

A locus classisus of such egregious misuse of the national purse is the current payroll paddling at the National Port Authority done by the chauvinistic Christian Fundamentalist and perennial misinterpreter of biblical exegesis in Cecelia Cuffy-Brown - the so-called Acting managing Director of the National Port Authority (NPA) whose knowledge of public sector management is so shallow, but was given such high position due to her lousy pontification about being a Christian cleric. She has since mastered the act of appointing relatives of President Weah to either positions they have no scintilla of competence for or don’t exist in the organogram of the National Port Authority (NPA), in a bid to entice the President to appoint her to the coveted position as managing Director of the NPA.

According to the Frontpage Africa Newspaper (FPA), Prince Weah, one of President Weah’s brothers, was hired as a Public Relation Strategist in a nonexistent post at the NPA. Moses Weah, another brother of the President was hired as Evaluation Officer (another nonexistent post) to work and report to the Director for Human Resource. Additionally, the FPA also disclosed that another relative of the President in Wollo Weah was given the post of Local Authority Liaison Officer. The psychopath Cuffy-Brown trashed the procurement plan of the NPA for the fiscal year 2017/2018 to hire these Weahs. Also, outside of the 2017/2018’s budget plan of the entity, the Weahs are being paid US$ 4,050.00 each after 10percent personal income tax.

In a flippant retort to the revelation of the Frontpage Africa Newspaper, Malcolm Scout, the Public Relations Manager of the NPA, justified the hiring of the relatives of the President and maintained that they are qualified Liberians that should not be discriminated against due to their relations with the Head of State. Such sterile verbiages purveyed by a hired gun of the ruling clique which lambasted its immediate predecessor for hiring relatives to positions of trust in the public service is so self-serving and demonstrates the unwilling of the Liberian government to cur waste and abuse in the public sector. If this is not a confirmation that the Liberian people have been duped then I don’t know what is.

These early signs of mismanagement of the national purse with reckless abandon leave many to wonder whether the establishment figures in this infant regime is bent on surpassing the sordid record of its immediate predecessor regarding graft in the public sector. As being echoed by ordinary Liberians and critics alike of the current government, they thought the new government would have broken with the cycle of corruption as its boasted about offering the people a fresh start.

Thanks to the penchant for sycophancy, the CDC propaganda brigade of the banditti, the undesirables, and the self-serving zealots with proclivities for primitive accumulation and conspicuous consumption are on a spree to either defend the early degeneracy of the administration or pooh-pooh anybody who calls into question the reckless misuse of power by establishment figures in the new administration.

Before the victory of the Coalition for Democratic Change (CDC), the wireless, the local tabloids, and other outlets for public address were inundated with the effusive lamentation of lowbrow chauvinists from its ranks decrying the looting of the national treasury by the erstwhile regime of former President Ellen Johnson Sirleaf. As the new situation presents itself, the elements of the CDC were not genuinely against corruption but were only pained by its pervasiveness in the corridors of the public sector because they were not at the helm of the grandeur looting of the national purse.

The resurgence of menaces that consumed the previous administration are conspicuously being seen in the early days of the new administration. The Change is now a chain which is decimating the people, thus making us to wonder as to whether the ‘Change for Hope’ is now a change for crooks?

Kiadii studies Political Science with emphasis in Public Administration at the University of Liberia. He is a social and political critic, and the secretary General of the Movement for Social Democratic Alternative (MOSODA). He can be reached on Cell +233552176627 and [email protected]