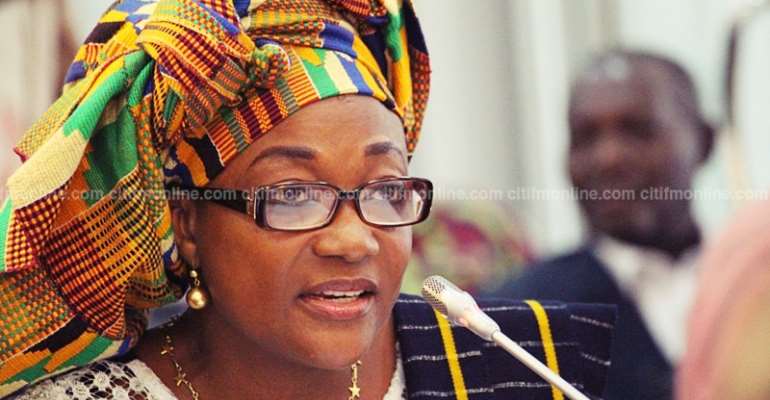 Minister for Gender and Social Protection, Otiko Djaba has assured Parliament that the 4-year-old girl who was allegedly defiled at Assin Adadietem in the Central Region is in good condition.

Otiko Djaba briefed the House on the issue following a question filed by Member of Parliament (MP) for Pusiga, Laadi Ayamba, demanding answers on how much progress the Ministry had made in the case.

The four-year-old girl, who was believed to have been defiled by an 18-year-old, is said to have bled for three days, according to her parents.

Speaking on the floor of Parliament, the Minister said: “Mr. Speaker, the abused girl was initially rushed to Assin Manso clinic but was referred to St Francis Xavier hospital where she was admitted for six days and discharged.”

“The girl was also sent to the Cape Coast Teaching Hospital for further medical examination at the request of the Police of Assin Fosu”, Otiko Djaba added.

The incident sparked outrage amongst the public when it was first reported, and prompted campaigns in support of the alleged victim and awareness creation on the rate at which minors are being defiled.

The public became even more incensed after it was revealed that a chief in the area had declared the suspect innocent after a ruling from the gods.

“The report has been released to the Police to aid prosecution. The case has been sent to court twice and is scheduled to be heard on March 1, 2018. With regards to the health of the child, she is doing well and the victim and her mum have been relocated to their family…The Assin South MP is keeping an eye on them.”

Madam Otiko had earlier expressed concerns over the rising spate of sexual abuse in Ghana, noting that in 2015 alone, DOVVSU recorded defilement 1,196 cases, with only 16 not involving a girl-child.

Easing Of Restrictions A Ploy To Pave Way For EC To Carry Ou...
19 minutes ago