Security Agencies And Schools Gear Up For 61st Independence Day 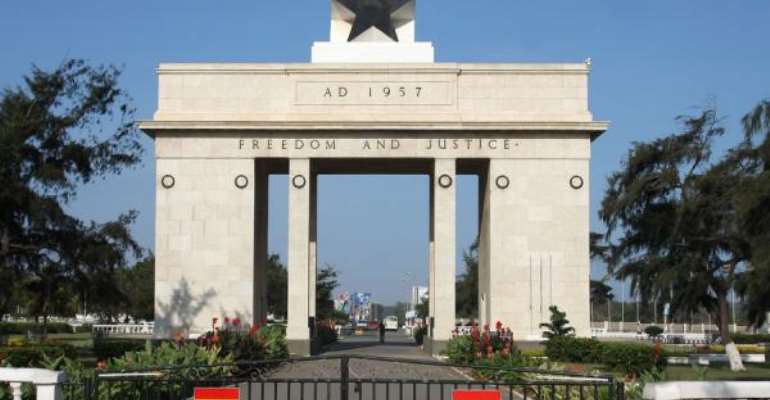 Scores of educational institutions and security personnel in the Greater Accra Region on Tuesday intensified preparation towards the 61st Independence Day commemoration on March 6, 2018.

Ghana News Agency observed that Students and teachers as well as security personnel have gathered at the Independence Square to go through final drills, musical rehearsals, acrobatic displays and other performance.

Officials of Parks and Garden were spotted at the square painting and arranging commemorative paraphernalia towards the day.

Mr. Michael Dompreh, Headmaster of the St. Michael School, told the Ghana News Agency that the Independence Day is a celebrated custom that need to be inculcated in the young ones, although their school were not privileged to mount this year's parade at the Independence Square, they were going to March through town.

He said 'March 6, in Ghana is a big deal to me as a citizen and I think it is right to educate my students to be good and responsible patriots not only in the class room but also on national days, they need to know the relevance of this great day'.

Mr. Thomas Neequaye, a teacher at the Labadi Presbyterian Senior High School said 'they started preparation three weeks ago and that they would have about four more trainings before the final day'.

Mr Neequaye stated that the school is prepared more than ever for this year's March past, as the selected students to represent his school are ready.

Master Stephen Agbedam, a student from La PRESEC who is participating in the parade, said they are ready for the parade because they have really trained towards it and that he is positive they will do better than any other school.