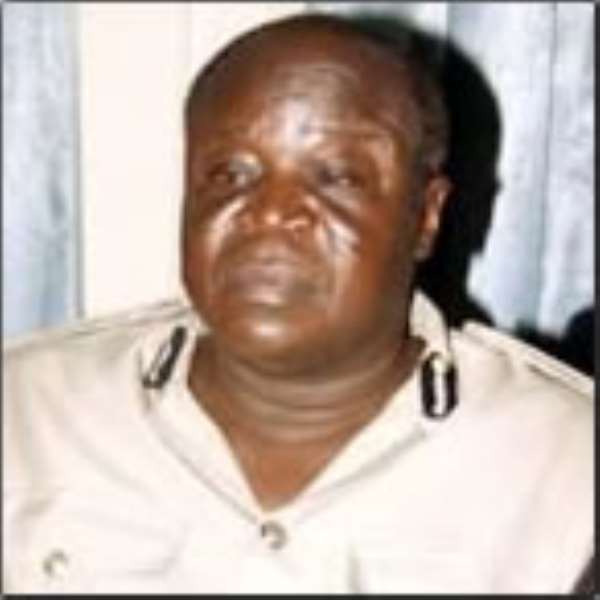 Mr Kwaku Asiedu Manfo, a British-Ghanaian and a son of Ghana's Deputy Inspector-General of Police, in charge of Operations, Dr Kofi Kesse Manfo, has appeared in a London court for his alleged involvement in the failed July 21 London bomb attack.

Mr Asiedu Manfo, 32, was charged alongside three others for attempted murder, and possessing explosives in connection with the plot to bomb passengers on the London transport system. Dr. K. K. Manfo was reported to be extremely distraught and shocked when the news was relayed to him, Daily Guide has learnt.

Reports have it that the man left home sometime last year and was roaming the streets of London, while his father sought assistance for him.

The accused persons were put before a Belmarsh high security court complex, and were remanded in custody, to appear again, at the Old Bailey, on November 14, this year.

Even though Daily Guide could not get in touch with Dr Manfo, he however told an Accra-based radio station that he has a son in London named Kwaku Asiedu Manfo. According to him, he was checking on the details of the accused Ghanaian suicide bomber, to establish whether he is the son and would soon go public on whatever the outcome would be.

Ghana's High Commissioner to the UK, Mr. Isaac Osei, however, confirmed the alleged involvement of the Ghanaian, yesterday, but could not indicate whether Kwaku Asiedu is indeed the son of the deputy IGP.

Reports from London state that Kwaku Asiedu's girlfriend, has also, been picked up for interrogation, and it is likely that she might later be deported.

Kwaku Asiedu joined his father in the U.K, when Dr Manfo was serving at the Ghana High Commission, in London. But when his father returned to Ghana, Kwaku Asiedu stayed back in London and proceeded to acquire British citizenship.

According to the prosecution, Kwaku Asiedu, who lives at Finsbury Park, North London, is charged over an unexpected device found at Little Wormwood Scrubs Park in West London.

On or before July 21, the accused person is reported to have conspired with other persons to murder passengers on the London transport system.

Police requests CCTV footage of murder of wife of GNPC boss'...
24 minutes ago