Tribute To The Late Wisdom Owusu-Sarpong 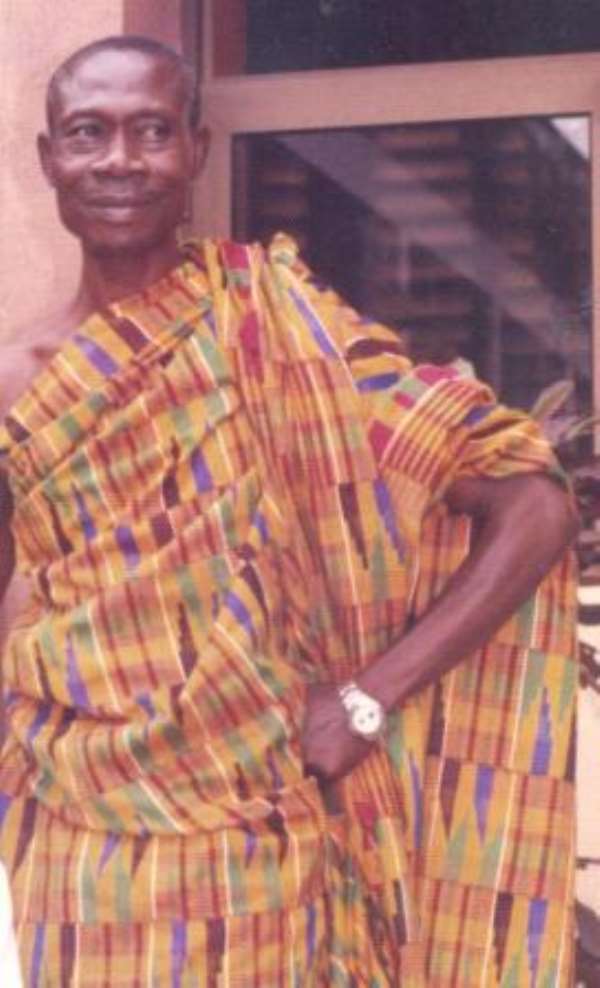 It is on this premise and with a heavy heart that I pay glowing tribute to the cherished memory of the late Wisdom Owusu-Sarpong, a celebrated Ghanaian journalist, former

Editor of 'The Spectator', and Deputy Editor of the 'Ghanaian Times'.

The astute journalist, who was called by his Maker on Thursday December 14, 2017, at the Greater Accra Regional Hospital (Ridge) in Accra, after a short illness, would be laid to rest at Okajakrom, Buem, his home town, in the Jasikan District of the Volta Region, Saturday, March 3, 2018.

Owusu-Sarpong, joined the Ghanaian Times, flagship newspaper of the New Times Corporation (NTC) in 1968, after graduating from the Ghana Institute of Journalism (GIJ) in 1967.

He worked as a proof reader, sports reporter and court correspondent, rose through the ranks and became a Sub-Editor and Deputy Editor of the Ghanaian Times, and Editor of the Spectator, retiring in 2003.

My relationship with the hard working, dedicated and meticulous Editor, dates back to February 1990, when I was at the Ghanaian Times to serve a month's practical attachment with the newspaper, as a student journalist from GIJ. He was the Deputy Editor of the paper at the time.

After my attachment, I had another opportunity to do my National Service with the Ghanaian Times after my course of study at the GIJ, and was, subsequently, employed by the Corporation as a reporter of the newspaper. The lapse of time made us know each other very well and strengthened the bond between us in several respects, especially in the professional realm, to our mutual benefit.

Indeed, I can testify that the late Owusu-Sarpong, was a teacher of news writing and editing, in his own right. He was a responsible journalist, who exhibited a high sense of professional integrity.

He was a modest person, related well to all the people he came in contact with, and often shared jokes.

He also offered professional advice and shared his thoughts with student journalists and practitioners at large, always urging them to give of their best, so that they could excel in all areas of journalism.

*Owusu-Sarpong to the best of my knowledge, spent most of his time in the Ghanaian

Times News Room, courting young journalists, especially those on practical attachment, who had returned from their respective assignments.

He found out how they fared writing their respective news stories for the day, and offered professional help to reporters, particularly, student reporters, who had difficulty constructing the lead of their stories.

Owusu Sarpong taught reporters that constructing the lead of a story found expression in thick printed words in the first paragraph, which constituted the most difficult, but fundamental aspect of the presentation of a good news story.

He insisted that a good lead is the engine of a news story, in that it seeks to provide a significant highlight of an entire news story, thus it summarises and reflects the content of the entire story.

Arguably, this is where many journalists are challenged, and Owusu-Sarpong the late former Editor helped 'distressed' reporters to rewrite or reshape their lead, which helped them to find their bearing in the news writing process.

He was relentless in this task, and well known for that, and operated an open door journalism.

As a disciplinarian, Owusu-Sarpong did not countenance lateness to work, or lateness from assignments, nor entertained other acts of indiscipline, especially those that were not in consonance of promoting professional integrity of the noble journalism profession.

Some journalists, including my good self, were fortunate that we passed through his hands. We were indeed blessed for the wonderful opportunity, having been exposed to quality journalism, which he championed in his working life.

I express my personal gratitude and that of all those practitioners, who were tutored on-the-job by Owusu-Sarpong. His efforts have, indeed, helped to lay in us a lofty foundation in journalistic practice, which in no small measure contributed to the progress we have managed to chalk in the profession over the years, by the Grace of God.

Owusu-Sarpong was totally against injustices of any nature, and maintained close contact with the workers, labour union, and was most of the time, at the forefront of promoting workers rights issues within the organisation.