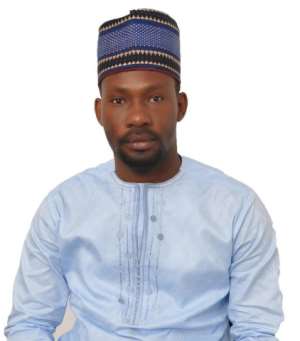 The state visit of the Cuban Vice President, Mrs. Mercedes Lopez Acea, to Ghana will go a long distance, as well, to advance our trade and investment relationship with the Republic of Cuba, as well as their continued support for African governments in strengthening their business environment and their capacity for regional and global trade.

While reasserting that Cuba is a strong partner of the Republic of Ghana and should continue to foster strong partnership, Dr. Mahmoud Bawumia explained that people’s inclusion in the political process accelerates economic development.

Recalling the longstanding relations between the two countries, which began in 1959, VicePresident Bawumia underscored Ghana’s appreciation of Cuba’s support for various sectors of Ghanaian society, including the efforts of the Cuban Medical Brigade Assistance Programme, which has doctors and other health personnel working in very remote areas in Ghana.

He revealed that over 3,000 Ghanaian students have also benefitted from training in Cuba, many of whom have since been contributing their quota to national development. On her part, Mrs. Mercedes Lopez Acea commended the current government for their quest in maintaining strong democratic institutions, respect for the rule of law, fighting corruption, and also the support for open and accountable governance, and respect for human rights across the continent.

Mrs. Lopez Acea further commended Ghana’s leading role in ensuring peace and stability in the West Africa sub-region. Recognizing the need for reforming international institutions to reflect the current political and economic realities, the two leaders noting the interdependence among peace, security, and development; reaffirmed their desire and called on officials of the two countries to expand and deepen areas of co-operation for mutual benefit.

During the trip, Mrs. Mercedes Lopez Acea, interacted with ex-president Rawlings, members of the socialist front of Ghana, members of political parties, team from Institute for Peace and Progress among others to build on the progress that the two countries had made since the time of the commander-in-chief, Fidel Castro and the first president of Ghana, Dr. Kwame Nkrumah.

The trip was an opportunity to voice strong support for the vital role played by civil society, as well as to call attention to other important issues, such as the global campaign against the Cuba blockade by the United States of America and to stress the importance of equal opportunities for all countries in the world.

The Cuban vice President highlighted her country’s continued efforts to support young Africans, as well as to increase access to knowledge, to deepen partnerships on food security and global health, which, she said, will deliver results by reducing hunger and under-nutrition, improving child survival, and helping move people out of poverty.

In their final remarks, both leaders pledge their vision of the future by expressing their satisfaction with the status of the relationship both countries as global partners, fully committed to establishing an international world order that is more diplomatic, fair and sustainable.

Contributing to the discussion among the two leaders, Hajj Abdul Samed, founder of Institute for Peace and Progress (IPP) stated that a strong relationship with the Republic of Cuba is essential for Ghana and the rest of African countries in other to help nature talents, strengthen institutions by exchanging good practice, as well as help in growing the Ghanaian economy in particular, and Africa in general.

A closer relationship, he explained, also means more opportunity to hold regular, frank dialogue on human rights issues like good governance, freedom of speech, and the rule of law.