Ankaful Hospital Matters Not Over Yet As New Strike Emerge 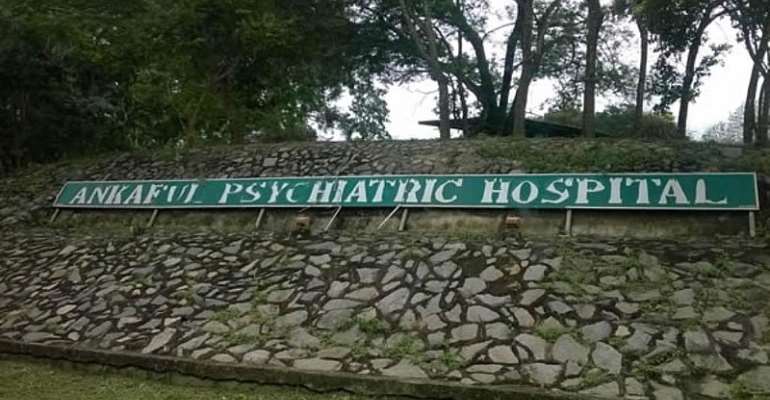 Nurses and physician assistants at the Ankaful Psychiatric Hospital have proceeded to lay down their tools to protest the conduct of the facility’s Medical Director, Dr. Emmanuel Dordoye.

According to them, Dr. Dordoye’s presence at the facility posed a danger to their mental and physical health.

The spokesperson of the Ankaful Psychiatric nurse’s group, Emmanuel Ofori, explained to Citi News that the nurses will resume work only after their director has been sacked.

“Dr. Eugene Dordoye's presence in the hospital is a psychological stress to us. So we are notifying our immediate supervisor, who is the of the Health Authority CEO to take action. The nurses are not coming back to work until the hospital’s director is removed,” Emmanuel Ofori said.

In 2017, the medical practitioners embarked on a similar action after they gave the government a 3-day ultimatum to fire Dr. Dordoye.

The nurses complained of gross disrespect of staff and mismanagement of the hospital by Dr. Dordoye.

“We are emotionally and psychologically breaking down and we do not have peace of mind to care for our patients. We need peace and sound mind to care for our patients. The Accra people have a saying that 'when the frog comes out of the water and says the crocodile is dead, you don't challenge him'. In the same vein, when the psychiatric health workers who provide care to the mentally challenged say they are psychologically and emotionally breaking down, don't condemn them, take them seriously,” a Deputy Public Relations Officer of the Psychiatric Nurses' Group, Benjamin Anewotey, told Citi News at the time.

Dr. Dordoye however in a letter to the hospital staff apologized for his approach in trying to reform the hospital and pledged to improve on his management of the facility.

““I apologize unreservedly to all staff of Ankaful psychiatric hospital who have been hurt by my approach, the CEO, MHA [Mental Health Authority], Central Regional Minister, Health Minister and all others affected and I will surely improve and manage the change better than I have done in the past going forward,” he said.

But the hospital staff, who say they have not seen any improvement in the director’s conduct, are calling on the Health Ministry to immediately remove him before they resume work.