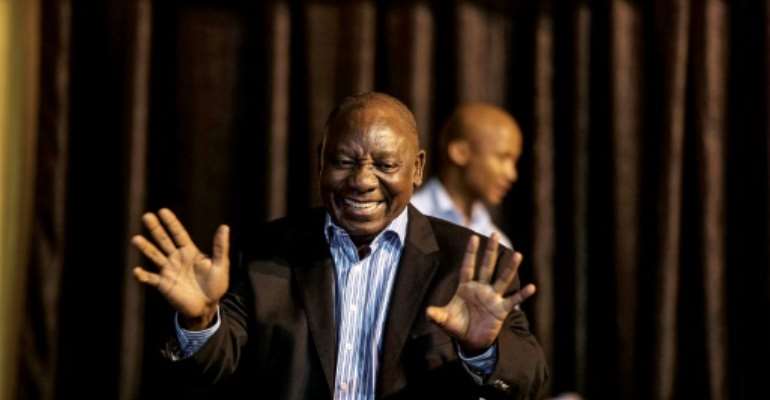 Cyril Ramaphosa's long and eventful career has taken him from trade union activist to multi-millionaire -- and now within a heartbeat of the South African presidency.

True to his pragmatic character, he opted instead for life in business -- a move that brought him spectacular wealth.

But Tuesday's announcement that the ruling African National Congress (ANC) had ordered that President Jacob Zuma be recalled from the presidency put Ramaphosa in pole position to succeed him.

It was after Ramaphosa failed to clinch the ANC nomination to succeed president Nelson Mandela in 1999 that he swapped politics for a foray into business that made him one of the wealthiest people in Africa.

The 65-year-old's impressive rise to eventually lead the ANC following its December conference would have come as no surprise to Mandela.

Mandela once described Ramaphosa as one of the most gifted leaders of the "new generation" -- the young campaigners who rose in the 1970s, filling the void left by their jailed elders.

During his business career, Ramaphosa held stakes in McDonald's and Coca-Cola's local ventures and made millions in deals that required investors to partner with non-white shareholders.

He became one of the richest men on the continent -- reaching number 42 on the Forbes list of Africa's wealthiest people in 2015 with a net worth of $450 million (383 million euros).

Out of politics for a decade, Ramaphosa returned to the fray in 2012 when he was elected to the ANC's number two post.

He became deputy president of the nation in 2014, but has had to tread a careful line. He has both served Zuma -- tarred by accusations of corruption and incompetence -- and also delivered occasional, cautious criticism of his political master. 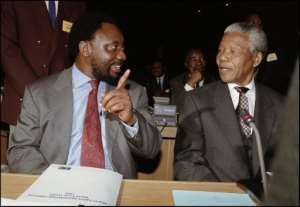 His ambivalence has led to criticism.

Mmusi Maimane, leader of the main opposition Democratic Alliance party, accused Ramaphosa of being "at best a silent deputy president, and at worst a complicit one".

Born on November 17, 1952 in Soweto township west of Johannesburg -- a centre of the anti-apartheid struggle -- Ramaphosa became involved with student activism while studying law in the 1970s.

He was arrested in 1974 and spent 11 months in solitary confinement.

After studying, he turned to trade unionism -- one of the few legal ways of protesting against the white-minority regime.

He founded the National Union of Mineworkers (NUM) in 1982 which grew to have 300,000 members and led massive mine strikes in 1987 that shook the foundations of white rule.

When Mandela was released in 1990 after 27 years in prison for opposing apartheid, Ramaphosa was a key part of the taskforce that led the transition to democracy.

Ramaphosa rose to global prominence as the ANC's lead negotiator, with his contribution seen as one factor in the success of the talks and the resulting peaceful democratic handover.

He then led the group that drew up the country's world-renowned new constitution.

Ramaphosa -- who is relaxed and low-key at public appearances -- has managed to steer clear of major corruption scandals but his return to politics has not been free from controversy.

His popularity was badly shaken in 2012 when 34 striking mine workers were killed by police at the Marikana platinum mine, operated by London-listed Lonmin, where he was then a non-executive director. 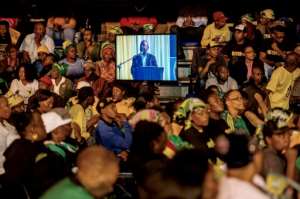 Shortly before the massacre -- the worst police killing since the end of apartheid -- Ramaphosa had called for a crackdown on the strikers, whom he accused of "dastardly criminal" behaviour.

Ramaphosa has four children with his second wife Tshepo Motsepe, a doctor.

He was accused in 2017 of having affairs with several young women, which he denied.

Ramaphosa did admit to an extramarital affair but told local media that he had since disclosed the relationship to his wife.

Some saw the sudden revelations as a smear campaign by associates of President Zuma who backed another candidate at the crunch party conference -- his ex-wife Nkosazana Dlamini-Zuma.

The impact of the scandal was short-lived, and Ramaphosa based his campaign on his pledge to rebuild the country's economy, boost growth and create much-needed jobs.

"Our ability to overcome these challenges has been undermined over the last decade by a failure of leadership and misguided priorities," he said in a rally speech.

"For the first time since the advent of democracy, there is a real chance that the transformation of our country may suffer significant reverses."

If, as expected, he becomes president, his opportunity to try to transform the country will finally have arrived.

"Ramaphosa has no association with any of the corruption scandals that have plagued South Africa," wrote his biographer Ray Hartley in "The Man Who Would Be King".

"But the years he spent at Zuma's side, playing the 'inside game' suggest he is more comfortable as a powerful insider than as a radical reformer."