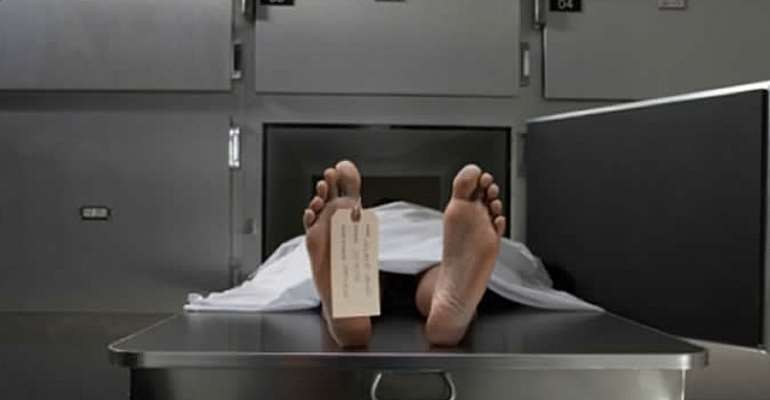 Mr. Augustine Tawiah, the Western Regional Registration Officer of the Births and Deaths registry has warned against the situation in which the public failed to obtain death certificates before burying the dead.

He said death registration was a key component for the purposes of development planning and as such families must endeavour to register the deaths to enable the government plan with appropriate data for development.

Mr Tawiah told the Ghana News Agency in an interview at Sekondi that whether institutional deaths, accidental or unexpected, families must register since such data also helped the Electoral Commission to clean the register as well as help doctors to give professional advice on causes of deaths among a family and the need to put measures in place to curb its reoccurrence.

'In fact, if we bury anyhow, in future especially in the villages if the need arises for the digging of a borehole, there could be outbreak of disease since no particular demarcated place is used and people rather buried anyhow.'

Giving statistics on the regional births and deaths situation, Mr. Tawiah said in 2017, a projected number of 89424 were expected to be born while 27293 were also expected to pass on in that same year.

In 2016 for instance, he said out of the targeted 88437 births, 56082 were actualised, representing 63 percent saying the deficits were largely due to the fact that the region had only 16 technical staff to manage the 22 districts of the Region.

'In fact, we are lagging behind per the UN standard which stipulates that a population of 5000 must have a registry. So for the Western Region alone, we should have 480 registries to take care of the 2.4 million population but unfortunately we have only 32 which is woefully inadequate', he added.

He said for proper development planning, data gathering was key and that the registry remained cardinal in the data collection process which must therefore be resourced to play its role in the socio-economic development of the country.