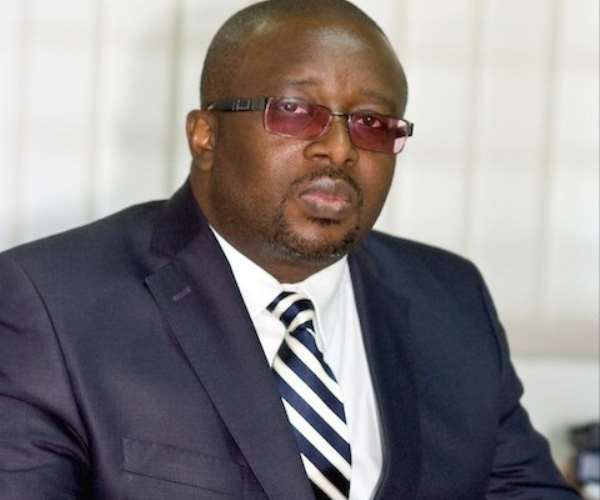 A former Executive Secretary of the Free Zones Board, Kojo Twum Boafo, has been interrogated by officials of the Economic Organised Crime Office, [EOCO].

According to Citi News' Fred Djabanor, Mr. Twum Boafo was interrogated for several hours today [Monday], and was only released after 5:00pm.

Fred Djabanor said although details of the probe are sketchy, suggestions are that, it has become necessary after some investigative bodies carried out a forensic audit of the Free Zones Board following Twum Boafo’s exit.

Mr. Twum Boafo, a known vociferous member of the NDC, was appointed to head the Free Zones Board by President John Mahama in 2013, after he had served in an acting capacity at that state agency.

At the time, suggestions were that, Mr. Mahama had a close working relationship with Mr. Twum Boafo throughout the four years of the Mills-Mahama administration.

The New Patriotic Party administration has repeatedly stated that, it is working on prosecuting officials of the former NDC administration, who may have been involved in one corrupt act or the other.

Support my appointees who may be prosecuted – Mahama

The NDC, including its former leader, John Mahama, has also dared the government to go ahead and crack the whip, and do same with corrupt officials in the current government.

John Mahama also asked NDC members to support his former appointees who may be prosecuted by the government.

“Recently, President Akufo-Addo was threatening members of our administration with prosecution when he visited the Eastern Region and I said yes, we are prepared to accept the probity of our tenure in office. Having been the disciples of probity and accountability, we must not run away from probity and accountability, we must be prepared to face any prosecution that this government throws to us, but we must do this with commitment and solidarity. Solidarity with our colleagues who will fall foul of the law because the law says you are innocent until proven guilty by competence and justice of the court, and so we cannot pronounce our colleagues guilty on the basis of allegations by the NPP” John Mahama said.

He added that, “They will have their day in court and until they have that day in court, it is our duty to solidarize with them to make sure they have the best legal representation to be able to put their case in order, and it is my wish that things will turn out well for them.”

Already, the immediate past Chief Executive Officer of the National Communication Authority (NCA), William Tevie, and four others, have been put before a High Court over the alleged fraudulent $4 million contract between the NCA and Infraloks Development Limited (IDL).

Mr. Tevie, alongside the former board chairman, Eugene Baffoe-Bonnie; Alhaji Osman, a former Deputy National Security Coordinator; Nana Owusu, a former board member and the head of IDL, George Oppong, have been charged and arraigned for willfully causing financial loss to the State contrary to section 23(1) and section 179(3)(a) of the Criminal Offences Act 1960, Act 29.

The suspects pleaded not guilty to the charges, and were granted bail to the tune of $1 million each with 3 sureties.

The five are facing trial over some $4 million withdrawn from the NCA's accounts, purportedly for the purchase of a surveillance equipment.

Reports indicate that, an Israeli company, NSO Group Technology Limited, was contracted to supply the surveillance equipment at the cost of $6 million, to enable the National Security monitor conversations of persons believed to be engaged in terrorism.

IDL was also reportedly charging $2 million to facilitate the transaction, bringing the total sum to $8 million.

The three, through the said contract, allegedly withdrew $4 million from the accounts of the NCA, and have failed to account for it.

Only $1 million was paid into the accounts of the Israeli company.