Use Your Power, Madam Attorney General 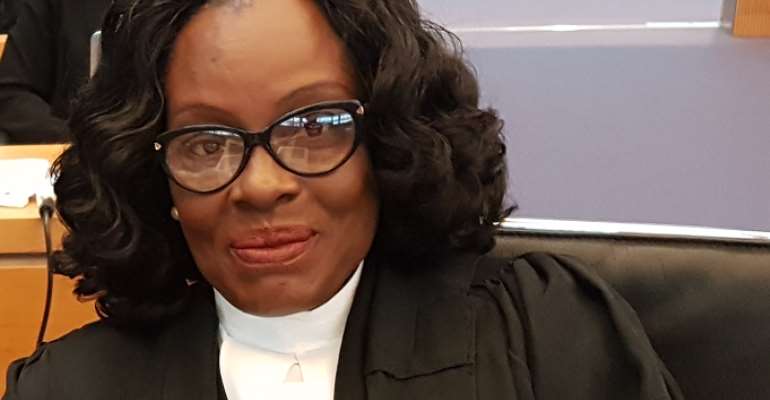 Dear Attorney General Gloria Akuffo:
During your confirmation hearings, you spoke eloquently about the tyranny of the entrance tariffs imposed on qualified students by the GLC. At the launch of the 58th annual Law week, a few months ago, you called “for the restructuring of the current legal education system in the country in tandem with modern trends.”

To that end, you called for the establishment of other Faculties, aside from the campus at Makola in Accra, and the employment of more lecturers to enable the School to admit more LLB graduates. You also refuted the perception that standards and the quality of the law profession would be compromised if the system allowed for more people into the profession.

You concluded, “I do not share the view that we have too many lawyers. It is retrogressive thinking and the excuse that we want to cut down the numbers to maintain standards is not acceptable. In every profession, we have the quacks and so limiting the numbers is not the solution.”

I am, therefore, dumbfounded that you have directed that the obnoxious and retrogressive LI, which failed for lack of gazetting, be relaid in Parliament. Relaid for what?

If you are against the proposed LI, as can be inferred, by your public statements, you are under no obligation to try to make it law. Under the Legal Profession Act, an LI can only be made if you, as the minister, approve it. Thus, you have the power, under the law, and moral responsibility to kill the obnoxious LI.

This raises another important point — if you are against the LI then who on the GLC is imposing these retrogressive ideas? Who is so powerful that you seem to want to lay this LI even though you have the power not to do so? We demand that the votes recorded on these issues be made public. The GLC is an administrative body and cannot operate like a secret society. We must hold accountable those whose views are retrogressive. We note that a quorum for the meeting of the Council is 5 and the general public is entitled to know not only how members vote but who attends meetings where major policy, such as imposition of entrance examinations and interviews, is made.

On a related note, who are the 3 people that you have nominated to serve on the GLC? Further, the Ghana Bar Association must make public the process by which it elects its 4 members, as required by the Act, and the tenure of such elected members. It is distressing that the Association has failed to nominate any of its numerous legal academics to the Council and have rather opted to send its executives.

For the avoidance of doubt, legal education in Ghana was never meant to and does not terminate with an award of LLB. I invite the GLC to carefully study the Parent Act and its rich legislative history to appreciate, once and for all, that what the Act contemplates is a bifurcated model with a starting point at the Faculties and an exit point at the School of Law or other alternative institutions. The objective of legal education has always been to produce lawyers not to produce terminal LLB degree holders.

Thus, the LI that the GLC is bent on laying in Parliament will be ultra vires the Parent Act and hence unlawful. It is important for the Council to put the future of legal education and the profession ahead of an obsession to administer entrance examinations that fails to take into account the laws and needs of the country.

You have noted all the flaws in the current system that the GLC has unconstitutionally, unlawfully, and unethically been applying since 2012. As the Justice minister, you have a solemn responsibility to ensure that the unjust outcomes that have resulted from these actions are remedied. LI 1296, the current law on admission to the School of Law, incorporates all the progressive views that you have expressed. Au contraire, the new LI that you are so strenuously trying to lay in Parliament seeks to legalize the very retrogressive practices that you say are flawed.

I am baffled! Why would you want to legalize a flawed system when the current system provides for everything you espouse?

You have the power to cure all the flaws that you have noted by merely asserting that the GLC should enforce the law of the land. It is not good enough to just talk a good talk.

You must align your actions and your talk. Madam, use that power now!