Don't use pension benefits on lotto and alcohol 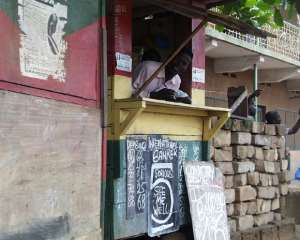 Feyiase (Ash), Aug 3, GNA - An educationist has made a passionate appeal to workers, who go on retirement not to invest their pension benefits into staking lotto and alcohol. They should rather invest in ventures that will yield benefits to them and their families.

Mr Stephen Opuni, headteacher of Kwanwoma Presbyterian Primary School and chairman of the Bosomtwe-Atwima-Kwanwoma Association of Heads of Basic Schools, who made the appeal, noted that it had become a common practice for pensioners to become lotto stakers and alcoholics, after misappropriating their pension benefits, thereby reducing their life span.

Speaking at a send-off party for five retired head teachers at Feyiase in the Bosomtwe-Atwima-Kwanwoma District of Ashanti on Friday. Mr Opuni called on pensioners, especially teachers to invest their pensions in the education of their children, which he said was the best investment they could ever make for their own betterment. He said each of the pensioners was given one million cedis as a parcel and that the function was the first of its kind in the district and gave the assurance that it would be improved upon, as the association will seek sponsorship from companies in the district and NGOs to boost the moral of teachers.

Mrs Dora Doris Amaniampong, the District Director of Education called on head teachers to stop shielding non-performing teachers and let the proper training and education of the children be their priority. She asked teachers to remain focused to help attain the nation's goal of educating the children for its manpower needs.