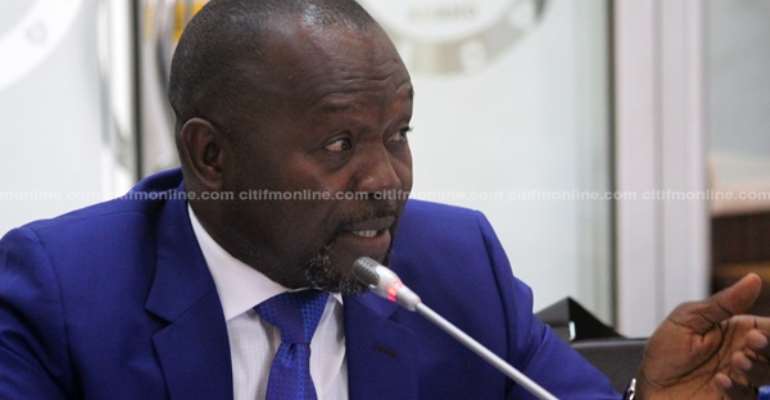 A member of the ad-hoc bipartisan committee tasked by Parliament to investigate the alleged collection of monies from some expatriates, Dominic Ayine is demanding a withdrawal of the committee's report on the saga.

Dr. Ayine is pushing for a withdrawal on grounds that the report, which was presented to the House on Friday, did not include the final input from Minority members.

According to Dr. Ayine, though Minority members including himself and Deputy Minority Leader, James Klutse Avedzi had detailed their perspectives on the saga, the Majority side had refused to integrate them before presenting the document to the house.

“I was expecting the committee chairman to integrate the report I had prepared with what he had prepared but he stated that he would not integrate my report since it was titled ‘Minority report',” Dr. Ayine stated on Eyewitness News.

Confusion rocks committee
Dr. Ayine had raised similar concerns on Thursday which, according to the Majority Leader in Parliament, Osei Kyei Mensah- Bonsu, led to the committee's failure to present the report, despite having had its deadline pushed back twice already

Osei Kyei Mensah Bonsu
The Majority Leader in Parliament, Osei Kyei Mensah-Bonsu had told Citi News on Thursday that the laying of the report had been postponed several times because Dr Ayine had wanted to present a separate report capturing the Minority's conclusions on the matter.

Background of “cash for seat” saga

The Ministry of Trade, which partnered the event organizers, Millennium Excellence Foundation, is alleged to have charged between $25,000 and $100,000, to enable expatriates to sit close to the President at the awards ceremony.

The allegation was first made by the Minority Chief Whip, Muntaka Mubarak in Parliament in December 2017.

Mr. Mubarak said the fees charged at the Ghana Expatriate Business Awards were not approved by Parliament, adding that the monies were also not accounted for in the Internally Generated Funds [IGF] of the Ministry's accounts.

The allegation was further reinforced by Mr. Ablakwa, who suffered verbal assaults from Deputy Minister for Trade and Industry, Carlos Ahenkorah over the matter.

The Ministry of Trade said it played no role in determining prices for seats at the event, and clarified that it only facilitated the implementation of a new initiative by the Millennium Excellence Foundation.

But the Ministry after an order from the President to probe the matter clarified that an amount of GHc2, 667,215 was realized from the event. This was made known only after the President, Nana Addo Dankwa Akufo-Addo, had asked the Trade Minister Alan Kyerematen, to investigate the matter and report to him.

The organizers of the Awards had also explained that no one paid to sit close to the President, and that the amount was raised from sponsorship through a fundraising at the event.

The Committee held several public hearings and a few in-camera sessions that featured all parties named in the allegation, and those who made the allegation.

The committee was supposed to present its report on January 24, 2018 but was subsequently given a one-week extension which was supposed to have elapsed on Wednesday January 31, 2018, but failed to do so.