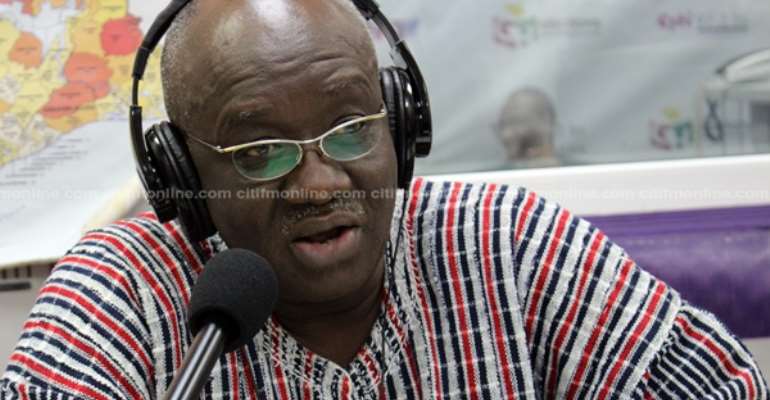 The Ministry of Water Resources and Sanitation, has allayed fears that it has abandoned previous strategic plans meant for tackling sanitation related issues and was going in for a new master plan.

The Ministry on Wednesday held a forum for stakeholders within the sector where it was announced that a new master plan known as the Integrated Urban Environmental Sanitation Master Plan (IUESMP), is being put up to manage sanitation issues in the country.

The $3-million initiative is being funded by the World Bank as part of a Greater Accra Metropolitan Area (GAMA) project.

The memorandum of understanding for the project was signed between the government and World Bank in October 2017, with the project expected to be completed in 18 months.

Some Ghanaians have raised concerns over the new plans requesting to know the rationale behind it when many of such plans already abound in the sector.

But responding to the issue on the Citi Breakfast Show on Thursday, Raymond Ayilu, the Personal Assistant to the Sanitation Minister, Joseph Kofi Adda, said the new master plan will realign all other strategies.

“We have not stopped the implementation of what we already have, that is what is currently guiding us in our activities. It is not like we have put on hold all previous plans and then we are waiting to do something new to be able to leverage on that and move ahead…we are working with the existing plans that we have.”

“But like I said, these were different documents handled or done by different institutions. But now we have a ministry that wants to coordinate and realign all these things into one master plan or document that can guide all the various stakeholders and focus on the different facets of waste management being solid waste, liquid waste, industrial waste, chemical waste – so you have to bring all these things under one document that can easily at a click tell us where we are going as a country, and this is what we are doing now,” he added.

He further clarified that, some of the existing documents need to be reviewed and updated because there are new challenges.

Mr. Ayilu added that, the master plan will seek to rectify all such issues.

“We are implementing what we have already, but all the previous plans need regular updates… You cannot just do a plan and that is it. We are having to face new challenges so periodically you need to review and update your plans,” he added.

The new sanitation master plan comes at a time the country is battling with filth and insanitary conditions in the country.

President Nana Akufo-Addo has promised to make Accra the cleanest city in Africa by the year 2020.

But some Ghanaians seem not to believe the promise due to the amount of filth on streets and vantage points in the capital city, Accra.

Click below for the full interview on the Citi Breakfast Show: