Ban On Charging of Phones, Laptops On GIJ Campus Lifted 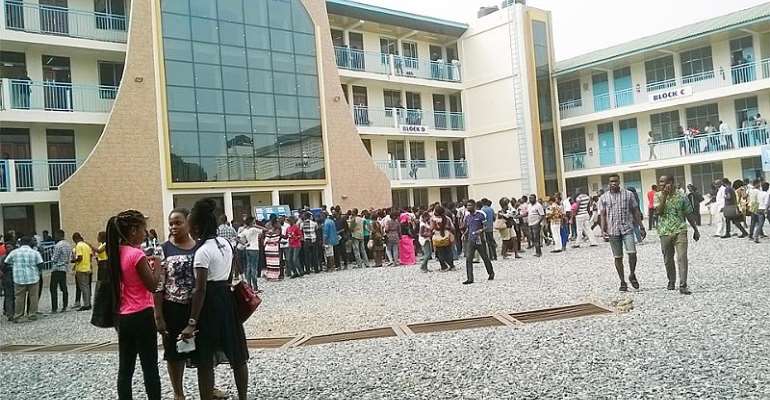 The Ghana Institute of Journalism [GIJ], has lifted a ban it imposed a year ago on the charging of mobile phones and laptops on campus.

This comes after the several petitions from the student leadership over the matter.

The management of the school earlier in 2017 imposed the ban supposedly because students were misusing sockets in the various lecture halls.

Among the reasons cited for the imposition of the ban was the lack of concentration by students who fidget with their phones and laptops while lecturers were ongoing.

The General Secretary of the Students Representative Council of GIJ, Nathaniel Alpha, in a statement announcing the decision by management on January 28, 2018, said, the lifting of the ban takes immediate effect.

Some students of the school have had their mobile phones and laptops seized by school authorities for flouting the ban when it was in force. They often had to go through tedious administrative processes before retrieving their devices.

Many students complained that the ban was regressive and negatively impacted on their academic work. However, the complaints did not yield positive results.

Nathaniel Alpha said, “The SRC President, aware of the seriousness of the issue, forwarded these concerns to the Governing Council of the Institute, and made submissions at Council sittings to this effect… after several days, weeks and months of petitions, letters, meetings and the deployment of various advocacy techniques, management backed by a decision of the school’s Governing Council; which the SRC President is a member of, has revoked this decision.”

While noting that all electrical sockets were being reconnected to enable students use them, he urged the student populace to “handle the sockets well.”