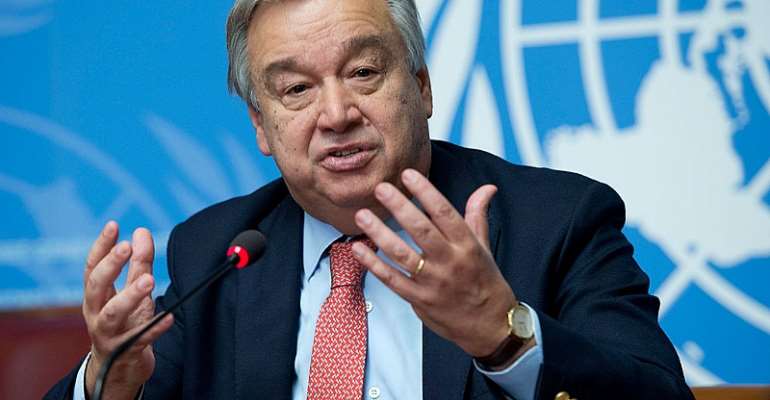 Accra, Jan. 30, CDA Consult – The United Nations Secretary General Antonio Guterres has noted that gender equality and women’s participation and leadership are essential to conflict and crisis prevention and for building and sustaining peace.

Mr. Guterres said women’s leadership, at all levels, would also be crucial for implementing the joint UN-African Union Framework for the Implementation of the 2030 Agenda for sustainable development and Agenda 2063.

“Gender equality is essential for the 2030 Agenda for Sustainable Development and Agenda 2063,” Mr Guterres stated at a breakfast meeting on equal access of African women in high-level positions in the AU and the UN at Addis Ababa, Ethiopia.

“Having more women in senior leadership leads to a beneficial diversity of priorities, perspectives, strategies and decision-making,” said Mr. Guterres, whilst acknowledging that it was not easy for women generally to get into positions of authority.

“I am committed to continuing to empower women leaders within our organizations, so we can truly lead by example and leave no one behind,” the UN Secretary-General stated.

The UN Chief said the meeting was timely, especially with the recent appointment of the former AU Commissioner for Social Affairs, Ms. Bience Gawanas of Namibia, as his Special Adviser on Africa.

With this appointment, “I have been able to ensure full gender parity within our 44-member Senior Management Group. You will also be interested to know that there are six Africans and four appointed by me,” he said.

He said the AU has also seen good progress on women’s leadership, with gender parity being consistently attained at the level of AU Commissioners.

“But gender parity is a long journey, and we have a long way to go. In the United Nations system, although women comprise 42.8 per cent of the professional levels and higher in the UN system, they represent just 26.8 per cent of its highest levels,” Mr. Guterres said.

“I understand the AU is also behind in achieving gender parity across all the key decision-making organs of the Union, including within the Regional Economic Communities.

“Achieving gender parity in the UN system is a key opportunity for Africa. The implementation of the UN’s new System-wide Strategy on Gender Parity, which I launched last September, and a renewed drive for geographical diversity across the UN, offer a chance for experienced African women to take up senior positions in the UN system,” he said.

He said everyone was better off when they opened doors of opportunity for women and girls in all aspects of life: in classrooms, boardrooms and houses of Parliament, in banks, in military ranks, and at peace talks.

“It is up to us to create and implement policies that will clear a pathway for young women all the way to the top. That means not just appointing women in leadership positions but eliminating bias in appointment bodies and creating conducive working environments for women that are free from harassment and promote standards such as provisions for maternal and paternal leave,” said Mr. Guterres.

“It is also up to us to support the adaptations to culture that foster supportive and enabling male peers. For our organizations to be efficient, impactful and credible, we need to create working environments that demonstrate female leadership, that embrace equality, and that eradicate bias and are inclusive of all staff,” he said.