Public Private Partnership Bill To Be Laid Before Parliament 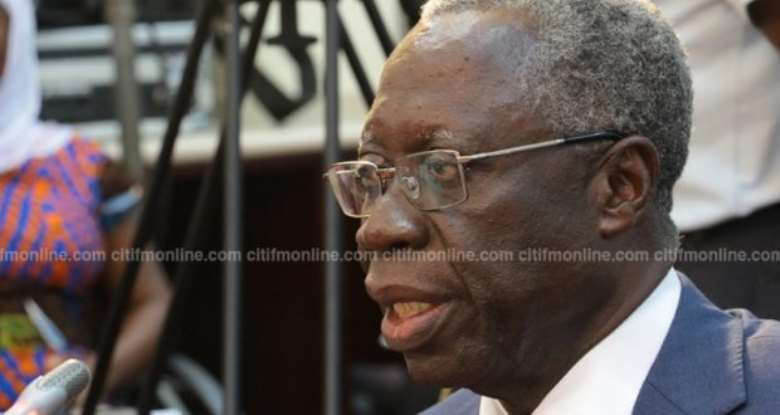 The Bill, among others, will compel state agencies to be transparent in awarding contracts to give value for money.

Cabinet is currently considering the Bill for subsequent submission to Parliament for passage.

“We have received a bill. The bill is before cabinet. Cabinet also has its procedure. It goes to a committee of cabinet, in this case, the legal and governance committee and they look at it then it is submitted at the plenary of the whole cabinet. So we are at the stage where the draft bill is with the committee that is responsible for looking at it” he told Citi Business News.

He, however, clarified that even in the absence of the law, PPP's will still be used to give government value for money.

“A number of projects are currently under PPP arrangements. It's not like without that law no public-private investment can go on. The projects have been going on so we need to do it and do it right” he said.

Mr. Osafo Maafo made the assertion at the official launch of the 'public-private partnership disclosure diagnostic report and Web-based portal' in Accra.

The portal is funded by the World Bank and will be live with 20 projects that will be available to the public.

It covers aspects of PPP contracts such as agreed standards of service, scope of work, parties to the contract, a general overview of the project, social and economic benefits of the project, risk allocation and actual performance levels reached.

Latest Photo Reports
Catch up with all the political quotes from our politicians.
Advertise here
More from Parliament
ModernGhana Links
AMERI Power Plant relocation contract to be brought to Parliament — Energy Minister
This nicodemous attempt will not be countenanced, present contract on Ameri Plant relocation to Parliament for approval – Minority
Minority raise concerns over govt's alleged transfer of Ameri Power plant to Kumasi
TOP STORIES