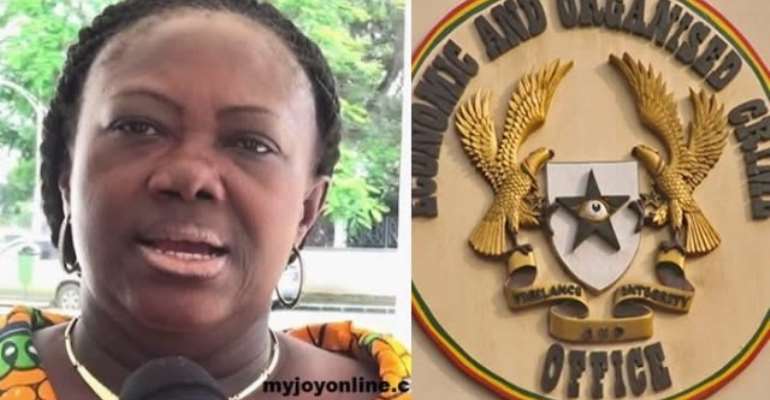 The Progressive Peoples Party (PPP) has called on the President to sanction officials of the Economic and Organised Crime Office (EOCO) who on Monday attempted to remove the Deputy Chair of the Electoral Commission, Mrs Georgina Opoku Amankwaah from her office.

“The standoff could have been avoided if the President had heeded the PPPs call to advise the three Commissioners under investigation by the Chief Justice to step aside for the ongoing investigation to end,” National Secretary of the party, Murtala Mohammed, in a statement.

There was a chaotic scene at the EC Monday, after the EOCO Boss led five heavily armed police officers with two armoured vehicles into the premises to forcibly remove the Deputy Chair, who had reported to work.

Mrs Opoku Amankwah had been on a six-month interdiction at the request of EOCO for investigations into her alleged involvement in financial impropriety. She and two other colleagues, the chairperson of the EC, Mrs Charlotte Osei and Deputy in charge of Operations Amadu Sulley are all subjects of investigation by a committee instituted by the Chief Justice, Sophia Akuffo.

The drama staged by the Economic and Organized Crime Office (EOCO) officials led by their Acting Executive Director last Monday at the offices of the Electoral Commission (EC) to eject the Commission’s Deputy Chairperson, Ms. Georgina Opoku Amankwah from her office, was unprofessional and cannot go unnoticed. EOCO should be held responsible and immediate sanctions applied to individuals involved.

The Staff of the Electoral Commission is already divided among itself - unsettling the work of the commission. We cannot be spectators when there is chaos at the premises of our electoral management body.

The sluggishness from the Presidency regarding this matter is a clear manifestation of leadership weakness. What prevents President Nana Addo from acting swiftly if indeed we voted for a CHANGE? Former President John Mahama terminated the appointment of the then CHRAJ boss, Ms.

Lauretta Vivian Lamptey when a prima facie case was established against her by the then Chief Justice. This act by the previous administration was a noble act worthy of emulation.

The PPP will not relent to ask for transparency, accountability and the enforcement of rule of law.

The Progressive People’s Party wishes to reiterate its earlier position to the President, to invoke article 146 of the Constitution, to request the three (3) EC Commissioners to step aside until they are cleared of all wrongdoing.

No one should be above the law and no institution should be a bunker immune against the laws of Ghana.