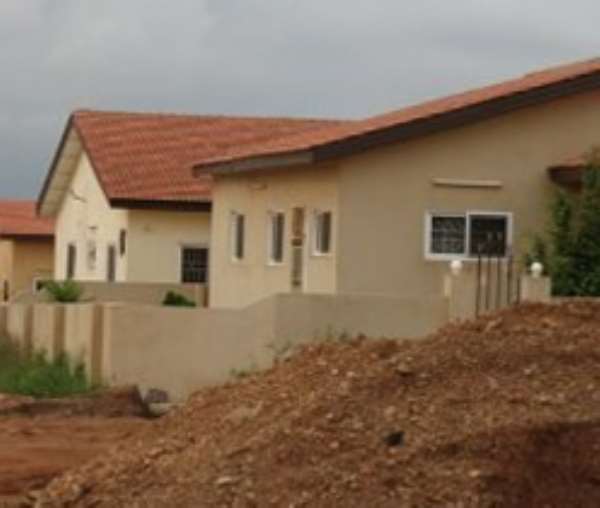 Mr. Adam Yaminu Kasim the Chief Rent Officer for the Upper East Region on Thursday said the lack of personnel at his office is impeding the Department from effectively enforcing Rent Control law.

He said the rent law ensures that landlords make available every necessary utility such as electricity, water and toilet facilities in their houses to give convenience to tenants before renting them out. However, the few staff in the region made it impossible to enforce the law and that had given opportunity to Landlords to operate without ensuring that they had toilet facilities in the region.

He made this known in an interview with the Ghana News Agency (GNA) in Bolgatanga, and said enforcing law on getting Landlords to provide toilet facilities should be a joint effort between the Rent Control and the Sanitation Department of the Municipal Assembly and would be unfair to blame his outfit alone for non-enforcement of the law.

The Regional Rent Officer said the Department had staff strength of only five in the region and explained that there was only one in Navrongo in the Kassena-Nankana Municipal, whilst the rest were in Bolgatanga, the regional capital.

He explained that, he had always used national service personnel posted to his outfit to complement his staffing situation, adding that, in 2015 and 2016 the Department in collaboration with the assembly prosecuted some offending landlords and attributed it to the availability of service personnel.

He said the room rent was not only the four corners of a room, but should include a decent place of convenience, washroom, kitchen and even a store room in an ideal situation.

Mr Kasim expressed worry that the Department did not receive National Service Personnel this year and that would affect prosecutions of rent related cases due to the limited number staff.

He said his department was bedevilled with some challenges including unavailability of a vehicle to monitor households to ensure that the necessary facilities were provided in houses before they were rented out.

'We also have a challenge of sensitising the public on the need to insist on landlords to provide toilets facilities in the houses before renting them out'.

He called on the Ministry of Works and Housing the parent Ministry that over sees his Department to come to their aid by recruiting personnel for the Department to enable them move to the field to enforce the law and effectively mediate where necessary.