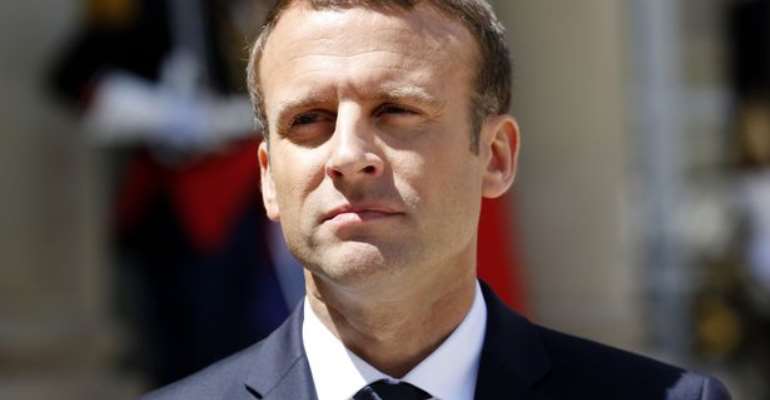 Since coming to power, Macron has given the impression of forging ahead with new agendas and ideas crafted from a novel perspective. This has been far from the case. True, the man’s novelty has shone through in doing what seemed to be the undoable: establish a power base against traditional powerbrokers and carve out a good slice of the electoral pie, all the time claiming to pursue an agenda shaped on radical reform. But Macro remains a creature cut from the cloth of establishment thinking.

So, when he paraded before the Chinese leadership at the invitation of Chinese President Xi Jinping from January 8 to 10, officials must have mused over the French President’s boyish efforts to chart a specific European line regarding Beijing. What they were no doubt waiting for was a statement of keen approval, and endorsement from a notable European voice on Chinese policy.

Seemingly insoluble riddles and deep contradictions presented themselves. Europe moves forward with open arms, stretched with a groper’s desperation (here, the distinctions within European blocs of power are conveniently ignored, for Macron has seized the mantle).

Macron has certainly done his best to slide into the rider’s seat, though it is not a necessarily flattering one. He catches the attention of such pundits as Phillipe le Corre of the Harvard Kennedy School, who sees Macron as “perhaps the leader of Europe at this very moment”.

Press outlets ape the line, falling for the old trick that repetition and articulation imply substance. “Macron, who has become the leading voice of the European Union,” went the AFP , “endorsed President Xi Jinping’s massive $1 trillion program to revive the Silk Road trading routes during his three-day trip.” The UK is mired in Brexit; Spain is fighting its own separatism battle over Catalonia; Italy is distracted, and Germany remains in search of a coalition. Macron has, at least for the moment, stability on this side.

The French president, knowing the imbalance between China and France in terms of commerce and trade, has adopted a different slant regarding the Belt and Road Initiative. Co-leadership has been suggested in terms of greening the enterprise, what will be termed Green Silk Roads. Such terms remain irritatingly vague, though flexible. The point from Beijing’s perspective was to seek some form of approval, something that has not been forthcoming from the United States.

At the same time, there is suspicion, fear, and a sense that the Middle Kingdom has gained the upper hand, its machinery moving with relentless acquisitiveness across the global economic landscape, those behind it showing stealth and cunning. History is on the march, with monetary incentives, and a sense that the Chinese know something others do not.

A sense of battling pride is unmistakable in this slow burning rivalry. Europe remains hub, birthplace, crib to its policy makers and legislators, considered of ideas supposedly inimical to elements of Beijing’s more authoritarian leadership. More the point, despite its assertions towards a world of laws and liberties, a question of power is at stake. “At the end of the day, Europe is very open. It’s more open than the Chinese market itself. Reciprocity is the key word, really,” claims le Corre.

This is a contradiction that is being managed rather than overcome. Beijing is gradually resuming the form of traditional yellow bogeyman, though the terminology has become far more subtle. (Currency speculator and manipulator, for instance, seems far better than The Yellow Peril.) But that hasn’t stopped political elites engaging in the necessary kowtowing.

What the punditocracy is engaged in on the subject of China’s rise are a range of strategies. There is accommodation. There is adjustment. There is mutually considered hypocrisy. Avoid Tibet; can human rights; forge contracts.

From time to time, there are instances of posturing. For Macron, it is a case of linking messianic missions, to twin the countries in what seems suspiciously like an effort of imposition. “Our relationship,” he explained in an interview with China.org.cn , “is anchored in time, and in my opinion, is based on civilization, in the sense that France and China are two countries with very different cultures but which both have a universal calling.” Be wary of those civilizations with universal callings.

The leadership in Beijing has been playing a tune French officials have been listening to. It has dropped a few hints that it will adjust to what are termed international norms. But as an emerging and, in some cases boisterous hegemon, China will buck some of them should they prove intrusive. The international comity can be a fickle concept.

An example of this is propounded by Ramesh Thakur , ever keen to see in the international system some semblance of order. Seek power, yes, even in an age of declining and ever flabby US influence, but only do so on acceptable terms. Should China wish “to enjoy the benefits of regional or even global hegemony in the twenty-first century, it will have to prove itself ready to accept the responsibilities of leadership.”

He may well be overly optimistic on this. The Trump era is one of insistent irresponsibility and challenge. As for Macron himself, “We have access to markets which is unbalanced, unsatisfying. If we don’t deal with this responsibly, the first, natural reaction, will be to close up both sides. Let’s open both instead.” The sense that Macron’s visit was more of a triumph for Chinese officials than French ones, will be a hard one to dispel.