I Had A Pleasant Dream: Mr Amidu Retrieved Over GH30 Billion! 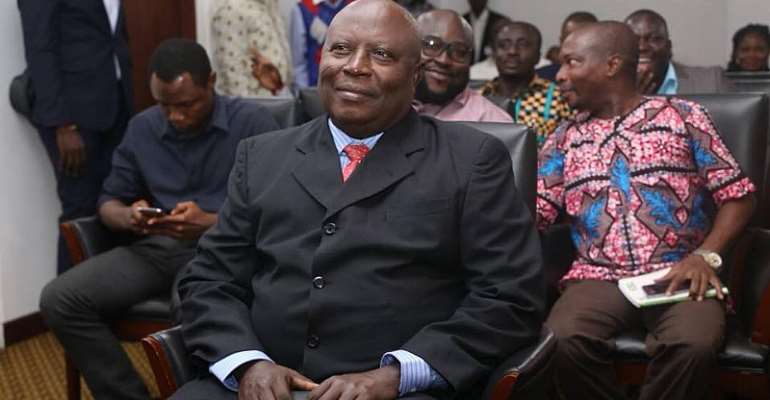 I was, indeed, extremely excited that the Special Prosecutor, Mr Amidu, had managed to claw-back all the stolen monies (over GH30 billion) from the nation wreckers. Well, it was a dream on that occasion, but it will surely come to pass.

It was indeed gratifying to witness the unwearied Mr Amidu exerting dint of effort and winning many bribery and corruption cases from 1992 to present. It is by far the most exciting dream I have ever had, I must admit.

It may be a dream. But I will take solace in the fact that my dreams more often than not, come to pass.

Verily, I am not a pastor, a soothsayer, a prophet or a black magician, and yet my dreams mostly come to pass.

Didn’t I dream about the NDC’s humiliating defeat in the 2016 general election?

And, as it was expected, I received avalanche of harsh criticisms and needless insults from the NDC loyalists for predicting their humiliating 2016 election defeat.

In fact, from 1992 to present, there have been numerous alleged bribery and corruption cases, yet the methods employed by the successive governments in combating the apparent canker had been extremely disappointing, so to speak.

It is for this reason that I have been jumping up and down ever since President Akufo-Addo nominated Mr Martin Amidu to be Ghana’s first Special Prosecutor, whose responsibility is to investigate and prosecute alleged corrupt public officials.

Rightly so, the indefatigable Mr Amidu will legally go after the greedy politicians and other public servants who have shamefully stolen from the national purse.

Of course it is not going to be an easy task for the Special Prosecutor. The suspects and their apologists will whimper and squall over the lawful interrogations.

Trust me, dearest reader, the chorus bandwagon will sing along their usual witch-hunting rendition regardless.

Didn’t the apple-polishers sing the same hymn when Ibrahim Mahama was invited by the EOCO to answer questions about an alleged GH12.7 million import tax evasion?

Indeed, the apologists tagged the interrogation as political witch-hunting. Nevertheless, it came to light that the brother of former President Mahama, Ibrahim Mahama, had not paid his import taxes since 2015.

Well, I am afraid the chorus bandwagon should brace themselves for more interrogations in the coming months.

With all due respect, why should anyone be concerned of witch-hunters, if he/she is not a witch?

In other words, if you are not a thief, why be concerned of the presence of the police?

The introduction of the Office of the Special Prosecutor, to be quite honest, is a pragmatic way of tackling the rampant bribery and corruption cases head-on.

How sweet would it be if Mr Amidu managed to roundup the conspiratorial plotters in the Woyome’s dubious judgement debt payment for instance?

Moreover, it would be a great news if the Special Prosecutor managed to claw-back all the monies in the scandalous corruption cases of SSNIT, NCA, the $10 million presidential diaries, the infamous Bus Branding, Brazil World Cup, GYEEDA, AZONTABA, SADA, SUBAH, the purported $300million debt incurred on the faded STS housing deal, the dubious Embraer 190 Aircrafts and hanger for the Ghana Armed Forces and over a US$100 million oil revenue loss between 2011 and 2013 as reported by the Public Interest& Accountability Committee.

Dearest reader, isn’t it somewhat refreshing that the justice system is going to descend heavily not only on goat, cassava and plantain thieves, but as well as the hard criminals who hide behind narrow political colorations?

I have always insisted that a fantastically corrupt public servant is no less a human rights violator than the weirdo Adolf Hitler. This is because while the enigmatic Adolf Hitler barbarically annihilated innocent people with lethal chemicals and sophisticated weapons, a contemporary corrupt public servant is blissfully bent on annihilating innocent citizens through wanton bribery and corruption.

As a matter of fact, through the corrupt public officials wickedness, the innocent citizens would often end up facing economic hardships, starvation, depression, emotional labour and squalor which send them to their early graves.

In ending, it is our fervent hope that Mr Amidu will duly put tabs on the wanton bribery and corruption cases that have stunted our development.