Africa, Time To Wake Up 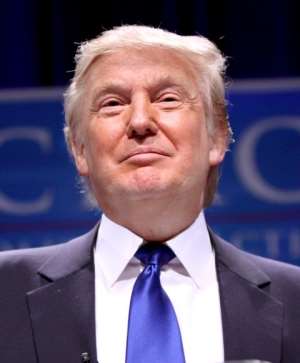 That Africans have contributed and continue to contribute to 'civilisation' is not in doubt, even though over the years, some Eurocentric scholars have fruitlessly attempted to cast doubt over the place of Africa in advancing the cause of humanity. Africans remain a group of people who have suffered gravely in the hands of unscrupulous and ill-intended human beings.

The slave trade soiled and dented the image of Africans; while colonialism capped the chaining of the minds of Africans – the proverbial mental slavery. This is to the extent that many Africans claim to be politically independent, and yet they are at the mercy of the so-called developed countries – countries that continue to keep Africa in the wheels of progressive retrogression. While it took the blood and sweat of Africans to build the so-called developed world, Africans have no share in enjoying the fruit of their labour.

In the United States of America, where hypo-descent theory is used to define racial categorisation and relationship, Africans suffer badly. In the Arab world, Africans, including African-Muslims, are not treated any better. While the Arabs were the first to introduce modern slavery in Africa, and forcibly shipped Africans in millions to the Arab world, we have demographically poor African representation in the Arab world, because the Arab slave monster castrated the African and denied him the benefit of reproducing himself. Until the middle of the 20th Century, most Arabs were still enslaving Africans. The recent saga in Libya, where Africans were commodified and sold into slavery, is emblematic of how cheap Africans have become and how wicked and insensitive the world has become to the so-called black race.

My late father used to tell me that Nkrumah's 'African Personality’ cosmogony had a way of bringing some dignity to Africans. He told me that in the early days of independence, Ghanaians were not just respected but almost venerated across the globe. Thus, aside the enigma that had been built around Ghanaians as the first Africans in the sub-Saharan African to challenge the colonial logic, Nkrumah’s relentless efforts in questioning the marginalisation of Africans was a clear warning to the world that Africans did not play second fiddle to anyone. Those were the day's people dared not touch Ghanaians.

Unfortunately, that moment in history is long buried with Nkrumah and those who supported him. Africans have lost it. We are not wanted anywhere. Anywhere in the world, we continue to be treated with disdain. We are treated with contempt. We are reduced to third class citizens.

Ali A. Mazrui argues that Africa remains a paradox: so rich, and yet so poor. P.L.O Lumumba also says that Africa is a strange continent. There are those who have also attempted to analyse the African predicament from the point of view of religion. About a decade ago, I read the book, 'The Generation of the Races,' by Prophetess Deborah Koranteng, and she advances the argument that while Noah did not curse Africa, he did not bless the continent either. Perhaps, theologians would be interested in spilling ink and splitting hairs over this assertion. Nonetheless, it is historically verifiable that in both Islam and Christianity, Africans laid the foundations of these religions.

Jesus was given refuge in Africa when Herod threatened His life. Mohammed's followers, about seventy of them, came to Africa when an attempt was made by the so-called pagan Arabs to exterminate them. Africa gave safety to the two world's religions – Christianity and Islam – when these religions suffered the threats of extinction at their nascent stage. African theologians: Tertullian, Augustine, and Origen, were the early doctors of the Christian faith. In Islam, Bilal bin Rabah, an African, is credited to have first called Muslims to prayer. Unfortunately, in most of the books I have on Islam, from Jahiliyyah to Political Islam, very little (usually footnote) is said about this illustrious son of Africa. Is his near omission from Islamic history part of the grand conspiracy to obliterate the history of Africans in ‘primitive’ Islam?

Donald Trump's comment has jostled some Africans to wake up from their slumber. Some African leaders, including the president of Ghana, have called the bluff of Trump, the man who has taken it upon himself to rebuild America and to revive the American dream, however that is constructed! The African Union Mission in Washington has asked Trump to retract his statement and also apologise to Africans. My question is how can we add weight to our call for Trump to apologise, and not only that forestall such comments in the future? My other question is why is it so easy for Africans to be trashed by just anyone at all? It appears that most non-Africans do no blink for even a second when it comes to passing derogatory comments about Africans.

Our humanity and our place in the comity of nations are not respected. We have collectively become a nonentity in a world that is full of global and international organisations that claim to be fighting for the right of human beings. Even in the face of this provocative and unsavoury comment about Africans, some African commentators are advising their fellow Africans to go slow on Trump for fear that any comment that seeks to cast a slur on the personality of Trump would have a baleful effect on the prospect of the continent.

Writing as a Christian, I look at the situation of Africa from the perspective of three biblical figures: Ishmael, Esau, and Leah. These three persons supposedly were not part of the covenant God made with Israel. They were disliked. Their blessings were stolen from them. But they earned the mercy of God.

When we read the Bible, our sympathies are drawn to these three figures. Africa stands in the shoes of these figures, in terms of the unmitigated hatred directed as us. We are robbed of our destiny and blessings. Our resources - human and material - provide the steam for the world to run, and yet, we are not counted as human beings enough. Are we feared? Are we hated because God has blessed us?

As Africans, we should arise from our slumber and challenge the countless times our humanity has been debased, debated and even questioned. We should look to ourselves and measure our development, dignity, and destiny not from the prism of Eurocentrism, but from our own terms and understanding. Why must we aspire to develop like America and the rest? Why can’t we chart our own journey in the quest for survival? Africa, this is the time to arise!