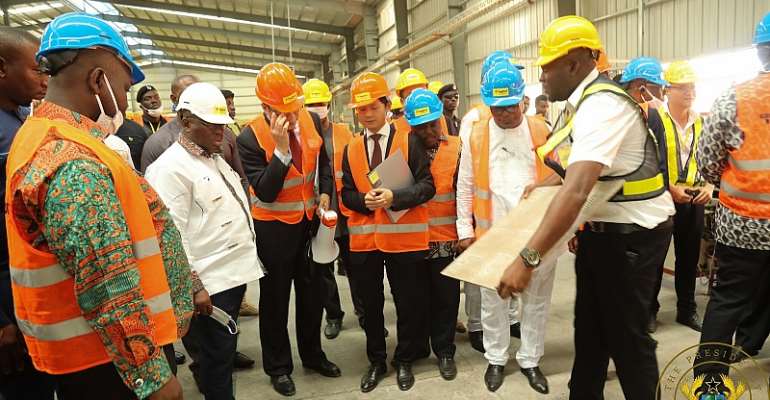 President Nana Akufo-Addo stressed his government’s resolve to “enhance the competitiveness of Ghanaian industries” as he commissioned the Twyford Ceramics Factory, at Shama, in the Western Region on Saturday.

He said his administration was pursuing a new paradigm of economic development based on value-addition industrial activities. 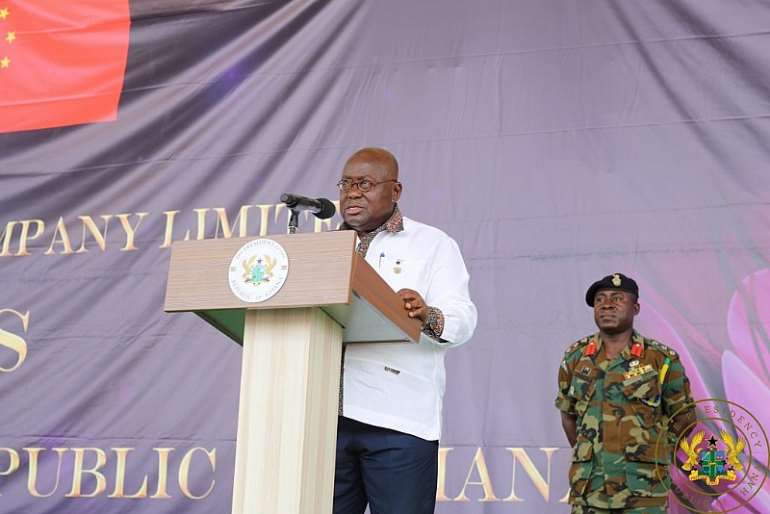 President Akufo-Addo also noted that industry grew at 17.7 percent in what he described as “a radically marked improvement on its abysmal 2016 performance in the last year of the Mahama administration.”

“… As a result of the normalisation of the power situation in the country, and the implementation of government's pro-business policies, I believe our objective of shifting the focus of our economy from taxation to production is bearing fruit.” 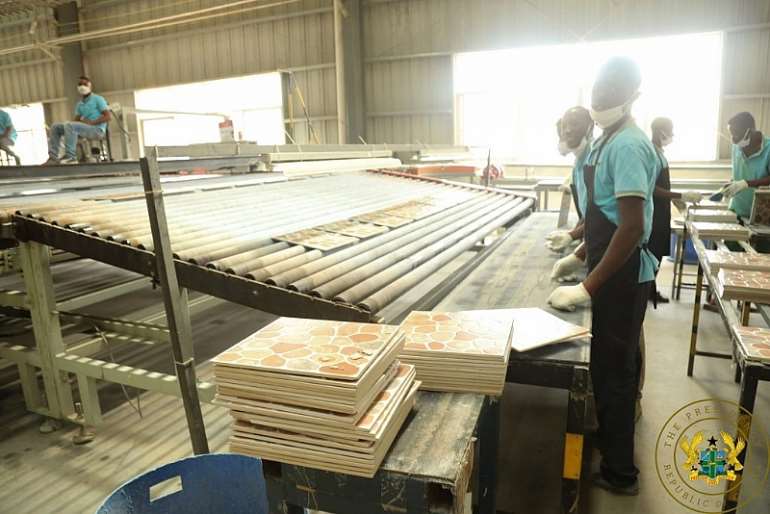 The President acknowledged that unless the country industrialises with the goal of adding value to our primary products, “we cannot create the necessary numbers of high-paying jobs that will enhance the living standards of the mass of our people. Raw material producing economies do not create prosperity for the masses. The way to ensuring access to prosperity is the industrial development of our economy.”

The factory, he was confident, will not only reduce the country's ceramic tiles import bill, thus saving the country considerable sums of foreign exchange, but will also serve as a source of employment for many young men and women, resident in Shama. 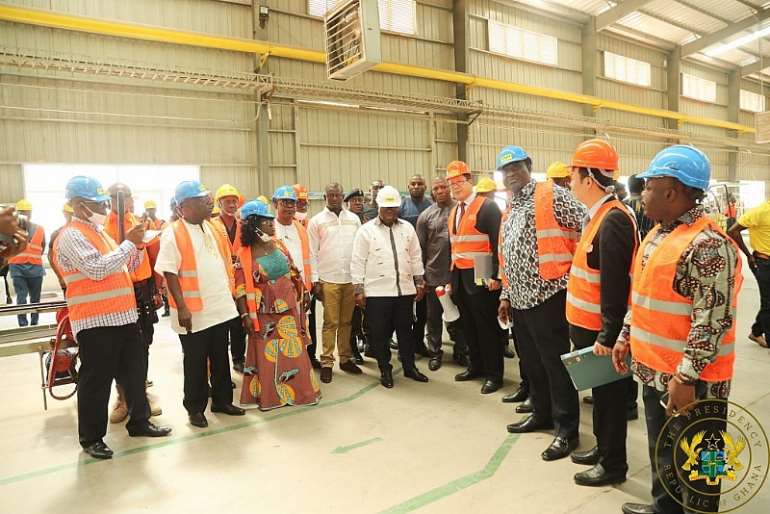 The factory will be sourcing 95 percent of its raw materials locally and President urged the promoters of this project “to work towards increasing this figure to 100 percent.”

President Akufo-Addo also revealed that Ghana National Gas Company Limited (Ghana Gas) has responded favourably to the request of Twyford Ceramics Limited for a reduction of the price per unit gas supply to the company, and, indeed, to industries across the country.