31 People Jailed One Month For Contempt Of Court 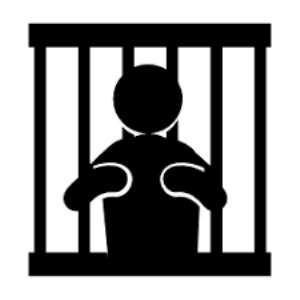 Ho, Jan. 11, GNA- A Ho High Court presided over by Justice Eric Baah has sentenced 31 out of 35 respondents to 30 days in prison for contempt.

The accused persons were 27 males and 8 females.
They were cited for contempt after they failed to heed the Court's directive to return a stolen 'royal black stool'.

The court heard that the accused persons were arraigned before a Hohoe Circuit Court for allegedly stealing the stool belonging to the Pai Katanga Chief in the Krachi East District of the Volta Region and ordered to return same to the 'rightful owner.'

The accused however disobeyed the orders and were therefore charged for contempt at the High court and convicted.

Meanwhile, an arrest warrant has been issued for the arrest of the four other accused who failed to appear before the court.