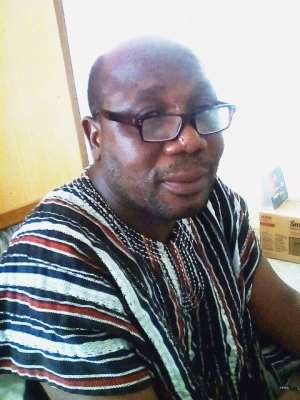 The Upper West Regional Director of the Ghana Education Service (GES), Mr. Evans Kpebah, has appealed to the regional minister and other political leaders in the region to support him in ensuring education delivery is effective in the region.

Responding to questions on the falling standards of education in the region, during a press soiree organized by the Upper West Regional Coordinating Council in Wa, Mr. Kpebah disclosed that the Wa Municipality has more than enough teachers which he believes is a contributing factor to the poor performance among students in the municipality and the entire region.

“If you look at Wa Municipal, it is a problem. You go to a class and there are about four, five teachers in the classroom. What work can they do there? Even if there are 50 or 100 children in the class there should be one teacher. If there are about two classes, then you have two teachers. But it is not the case in Wa Municipality and unfortunately, they don’t perform well. I think it’s because of their numbers”, Mr. Kpebah stated, adding that “teacher rationalization (will be done). And I will plead with the politicians to give me the chance to do that. So I plead that if I start it and they run to you, you support me too”.

The GES director further revealed that “they have posted 1,216 newly trained teachers to the region even though some have not yet reported, so there will be an equitable distribution of these to the rural districts”.

Education: a collective responsibility
Evans Kpebah also admitted that performance for the past five years has been poor in the region.

“Over the years, for three, four, five years now performances have always been low even in Wa Municipality. Last year (2016), out of the eleven districts, it was only Wa East that excelled and got 62% and this year (2017) they have about 75%. Apart from that the rest of the districts also fell back (below the 50% border). He disclosed.

Mr. Kpebah who took the role of regional director in late 2017 was however optimistic the trend will change if the district assemblies support the Ghana Education Service. He opined that “education delivery is not something for an individual. It is a collective responsibility for all. And with the support of the district assemblies, I can assure you that next year you will see very good results.”

“We have already sent proposals to all the districts assemblies to support us”, he added.

Touching on some strategies, he said “since I came to the office I contacted all my district directors to sign performance contracts with the regional office whereby I sent copies to the headquarters. And (they) will be appraised and assessed at the end of the year. Staff appraisal for head teachers and even teachers, every quarter of the year (they) will be appraised and see (their) performance, and we are all going to monitor that”.

Inadequate funding
The regional director also bemoaned the lack of funding for GES in the region over the years. “Actually for the past three, four years we haven’t gotten any support from central government. We are only living on the charity of some NGOs in the region. And you can imagine what will happen if circuit supervisors don’t go out if I cannot go out to the schools to monitor or supervise whatever is going on there”.

He, therefore, urged all to contribute their quota towards the development of education in the region.