“Let Us Talk About Migration” 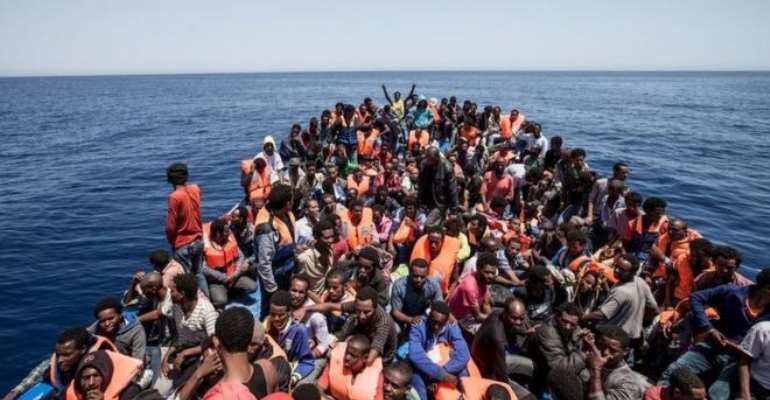 International migration is a complex phenomenon that touches on a multiplicity of economic, social and security aspects affecting our daily lives in an increasing interconnected world, the world migration report 2018 has made it clear.

According to the report, current estimates are that there are 244 million international migrants globally or 3.3% of the world’s population.

While the vast majority of people in the world continue to live in the country which they were born, more people are migrating to other countries, especially those within their region.

Global displacement is set at a record high, with the number of internationally displaced at over 40 million and the number of refuges more than 22 million the report revealed.

MIGRATION.
Migration can be simply defined as a seasonal movement of animals from one region to another or movement from one part of something to another.

Human migration, is said to be the movement by people from one place to another with the intentions of settling, permanently or temporarily in a new location which started from creation of the world.

The book of life records that Adam and Eve, the first couple, sinned against God and he moved or migrated them from the Garden of Eden to elsewhere, Abraham was moved from his father’s house onto the land flowing with milk and honey.

Jacob and his twelve sons of Israel migrated to Egypt, Israelites migrated from Egypt to the Promised Land, Mary and Joseph heeding the angel’s voice moved Jesus to Egypt to escape the King Herod’s massacre of young children from the age of four to a day old male and Slaves were moved from Sub Saharan Africa to plantations in North America.

The story of movement by people from one place to another has been with us since creation till this present generation and will be with us till the end of the world.

MAJOR CAUSES OF MIGRATION
A human rights organization called One America says that, migration is a complex process and has been a feature of human societies for many centuries.

It said, there are many reasons why people choose to migrate, including poverty, armed conflict, social strife, political turmoil, economic hardships and more.

Ultimate Visa, another human rights organization also argues that people migrate for a number of reasons amongst them are environmental, economic, cultural, political and social which are categorized into two factors being push factors and pull factors.

As one may understand, people are either pushed or pulled to migrate. Either they involuntarily or voluntarily migrated.

It says that push factors are the reasons why people leave an area. They are usually involuntarily or forced migration because of crop failure, drought, flooding, poverty and war.

Pull factors are the reasons why people are attracted or pulled to a particular area. They are usually voluntarily migrations in the area of better services, good climate, and higher employment, lower risk from natural hazards, more fertile lands, more wealth, political stability, safer, less crime.

THE LAW ON MIGRATION
The International Organization for Migration [I.O.M], states that, “international law [I.ML], which is the international legal frame work governing migration, is not covered by any one legal instrument or norm.

Instead, IML is an umbrella term covering a variety of principles and rules that together regulate the international obligations of states with regard to migrants”.

Now that you, a potential migrant know the reasons or the causes of migration, where do you think you belong? Are you being pushed or pulled to migrate to a country where you w face deportation?

Let us talk about deportation, my next article.
To be continued.