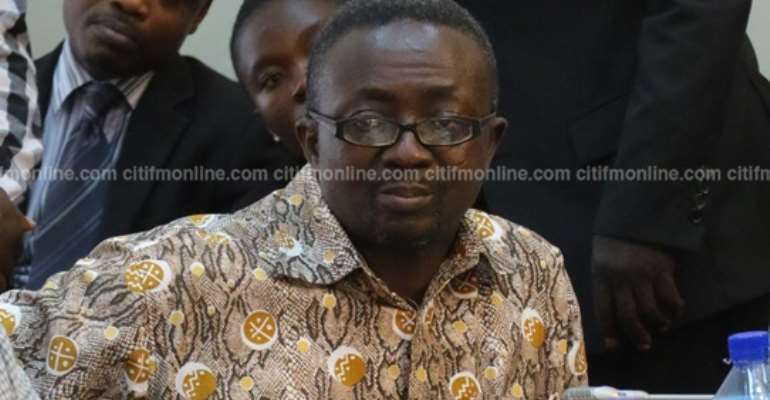 Members and witnesses of the Adhoc committee tasked to investigate the alleged extortion by the Ministry of Trade at the 2017 Ghana Expatriates Business Awards (GEBA) in December 2017, have been asked to refrain from making prejudicial comments until the committee completes its work.

The Chairman of the Committee, Ameyaw Kyeremeh, who gave the advice in his opening remarks at the committee's first public sitting today [Thursday], said: “As we are about to commence work or proceedings in this respect, it is our wish that we all refrain from making statements that are likely to prejudice the work and the outcome of the committee.”

On the Minority side are James Klutsey Avedzie, Deputy Minority Leader, and Dominic Ayine, the MP for Bolgatanga East.

The committee will mainly focus on:
• Investigating the alleged levy and collection of sums of money by the Ministry of Trade and Industry from expatriate businesses

The committee is expected to report to Parliament on January 24, 2018.

The Minority Chief Whip, Muntaka Mubarak, who made the first appearance before the committee, provided several documents including news items from online news portals and elsewhere, to buttress his claims of extortion by the Ministry.

Background
The extortion allegations was first made in Parliament by the Minority Chief Whip, Muntaka Mubarak, in December 2017.

According to him, some of the expatriates were charged as much as $100,000 to sit close to the President.

Mr. Mubarak said the fees charged were not approved by Parliament, adding that the monies were also not accounted for in the Internally Generated Funds [IGF] of the Ministry's accounts.

The issue was further reinforced by Mr. Ablakwa, who suffered verbal attack from Deputy Minister for Trade and Industry, Carlos Ahenkorah over the matter.

The Ministry of Trade and Industry initially dissociated itself from these allegations.

In a statement, the Ministry said it played no role in determining prices for seats at the event, and clarified that it only facilitated the implementation of a new initiative by the Millennium Excellence Foundation.

But the Ministry after an order from the President to probe the matter, clarified that an amount of GHc 2,667,215 was realized from the event.

The organizers of the Awards had also explained that no one paid to sit close to the President, and that the amount raised was gotten from sponsorship through a fundraising at the event.