Third night of unrest in Tunisia as hundreds arrested 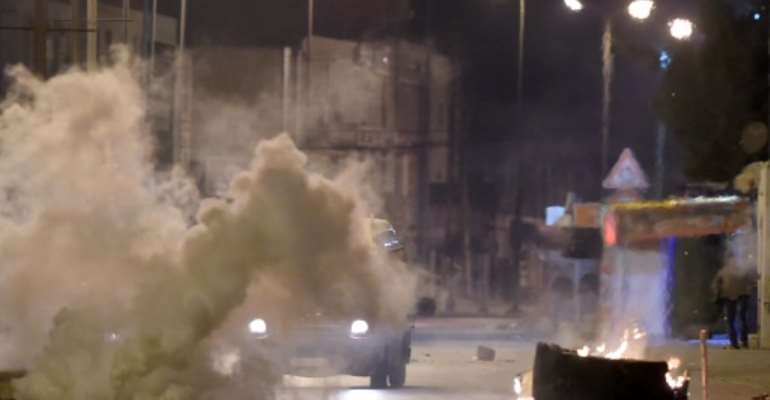 A tyre is seen burning in the Ettadhamen neighbourhood on the outskirts of the Tunisian capital Tunis late on January 10, 2018. By FETHI BELAID (AFP)

A third night of unrest has shaken parts of Tunisia where authorities said Thursday the number of arrests has risen above 500 as anger grows over austerity measures.

Ministry spokesman Khalifa Chibani however said the "violence" was less intense than in previous days.

Twenty-one members of the security forces were injured, Chibani said. There was no immediate toll available for any casualties among the protesters.

Tunisia is often seen as having had a relatively smooth transition since an uprising seven years ago that toppled longtime dictator Zine El Abidine Ben Ali.

But Tunisians have expressed frustration since the start of the year over austerity measures expected to further increase prices in a struggling economy.

The North African country introduced hikes in value-added tax and social contributions at the start of the year as part of a tough new budget.

The recent unrest started with peaceful protests against the measures last week, but escalated into clashes with police in the night of Monday to Tuesday.

In a third night of clashes, unrest hit several areas across the country including the central city of Kasserine, and the northern towns of Siliana, Tebourba and Thala.

Scuffles also broke out in some Tunis neighbourhoods.

Youths in Kasserine tried to block roads with burning tyres and hurled stones at members of the police force, another AFP correspondent said. 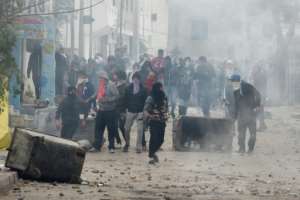 Tunisian protesters clash with security forces in the town of Tebourba on January 9, 2018, following the funeral of a man who died the previous day in unrest

In Tebourba, where a man died during unrest in the night of Monday to Tuesday, police fired tear gas after dozens of protesters took to the streets, according to a resident.

The main police station in the northern town of Thala was set on fire, Chibani said.

Activists campaigning against the austerity measures have called for a massive protest on Friday.