Too Early To Jubilate Over University Of Ghana Survey 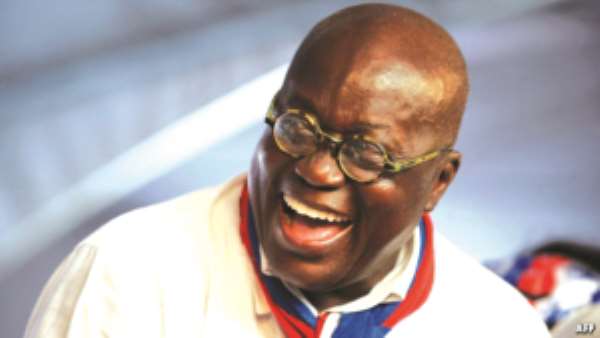 A Senior Lecturer at the University of Ghana Political Science Department has cautioned government against jubilating over a survey that suggests that majority of Ghanaians are happy with its performance.

Dr Isaac Owusu-Mensah said: “The NPP should not be complacent about our findings but should rather work harder since the vote they obtained in the 2016 general elections has dropped by 4%”.

The survey was conducted by Political Scientists at the same Department and states that out of some 5000 respondents interviewed in 250 electoral areas across the country, a total of 52.7% of Ghanaians said they will vote for the Akufo-Addo led government.

A paltry 33.1% of Ghanaians said they would vote for the opposition National Democratic Congress (NDC), according to the study.

The survey also showed a 62% approval rating for the current NPP administration which has been heavily criticised in its first year by the biggest opposition party.

“The biggest problem in the country now is poverty and if the government creates the jobs the poverty will reduce,“ Dr Owusu-Mensah stressed.

Dr Owusu-Mensah added that per their findings cost of living among Ghanaians is still high, a problem the government must address by rolling out policies to minimise the cost of living.

According to him, the government must take the research findings serious by implementing the promises it gave to the electorate ahead of the 2016 general elections.

He commended the government for winning the fight against illegal mining and introducing free SHS.