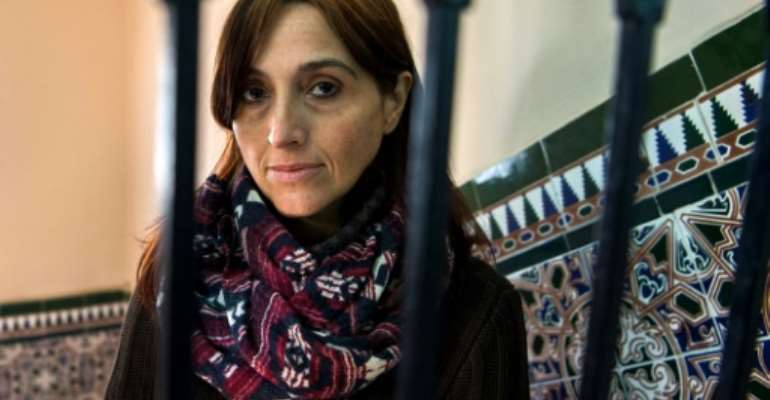 For years Helena Maleno made calls to the Spanish coastguards about migrant boats, potentially saving the lives of thousands of people attempting the treacherous crossing to Europe.

But although many view the Spanish activist's actions as humane, she is now under investigation in Morocco for human trafficking offences, in what has seen an outpouring of support from rights groups, politicians and even Hollywood star Javier Bardem.

The 47-year-old was questioned by a judge in the northern Moroccan city of Tangiers on Wednesday over accusations she is involved in facilitating illegal immigration.

"I find it incredible that a person who saved so many lives, who gives so much," be probed, says Miguel Jesus Zea, head coastguard for the southern Spanish area of Almeria.

Based in Tangiers for some 15 years, Maleno began helping migrants years ago by acting as a go-between for families whose loved ones attempted the journey to Spain, often calling Spanish authorities to request information about their fate.

The relationship developed and Maleno began to receive calls from migrants in boats or from their relatives telling her where they were.

She relayed the information to naval authorities, sometimes crucial to the launch of a rescue operation.

Maleno, who works for the NGO Caminando Fronteras, has helped rescue "at least 10,000 people" off the coast of Almeria, according to Zea.

A petition against the case has been launched. It is signed by more than 200 leading Spanish figures, including Bardem, famous for the film No Country For Old Men, and author Almudena Grandes.

"We show our total solidarity and support for Helena Maleno Garzon," the petition reads, for "the defence of the right to life" and against "the criminalisation" of her work.

Amnesty International said it is following the case "with a lot of concern", while the Catholic charity Caritas is attempting to mediate with Moroccan authorities on her behalf.

Migrants aware of Maleno's work also demonstrated their support. On Tuesday, Tangier cathedral was full to the brink with migrants praying for her, in video footage tweeted by Maleno.

The Moroccan investigation stems from an initial report by Spanish police suspecting Maleno of working for a "criminal organisation" due to her telling rescue workers where migrants were, which aided their transfer to Spanish coasts.

Spanish prosecutors dropped the case in April 2017 as they found no evidence Maleno had committed any crime.

Police passed the case on to Moroccan authorities, which decided to press ahead with an investigation, though they were unaware that prosecutors in Spain had already dropped the case, says Maleno.

Maleno's work for Caminando Fronteras has sometimes challenged the authorities.

In one case, after 15 migrants drowned in waters off the Spanish enclave of Ceuta in February 2014, Caminando Fronteras accused Spanish police of shooting rubber bullets into the sea while migrants tried to swim, arguing it could have contributed to their deaths.

Spanish authorities insisted they fired into the air to ward them off and did not target anyone directly.

'Stop all these deaths'

The investigation into Maleno comes as the number of migrants arriving in Spain hit a record high last year of nearly 22,900, according to EU border agency Frontex -- more than double the previous record set in 2016.

At least 223 people died making the crossing to Spain, according to the International Organization for Migration (IOM).

For Maleno, the figures are a shocking indictment of the failure of governments to deal with immigration.

"They're slaves and not citizens," Maleno told AFP ahead of her case, while denouncing the "business" around migration, including organ trafficking, undeclared work and prostitution.

"Europe wants to show us that migration control is more important, but it isn't," she says.

"We have the means to stop all these deaths."

Akufo-Addo Wants 4more Years For What? – Mahama
6 minutes ago