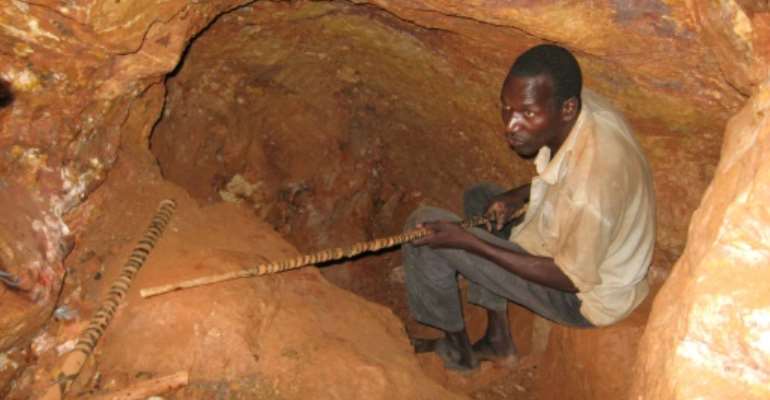 "The toll of people who died in mining holes... reached 43 in the first 10 months" of 2017, said Foder, a local NGO whose full name in English means Forest and Rural Development.

The group said much of the blame lay with corporations, many of them Chinese, which abandon open-cast gold mines after profitable seams run out.

When the companies leave, individual gold hunters move in, digging holes into a site that in some cases have already been excavated to a depth of 200 metres (650 feet).

Nine died last year after the walls of their hole collapsed on top of them, Foder said. In September, a 12-year-old boy drowned in a lake that had formed in an abandoned pit.

Foder said the problem is worst in eastern Cameroon, where from 2012 to 2014, 250 mines were opened and then abandoned by their operators. It is campaigning for mining companies to cover over open-cast operations with earth when they pull out.

What Will The Publication Of 260-Page Cocoa Road Audit Repor...
35 minutes ago