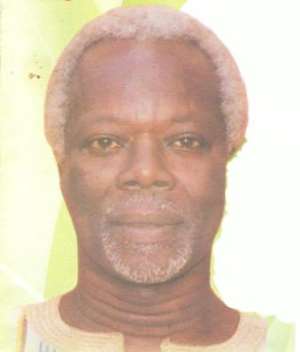 Alhaji Haruna Bukari Dabre, a former Assemblyman for Mamobi East, has described illegal mining as an evil act, which needs to be stopped or it will plunder the nation of its natural resources.

He stressed that illegal miners or 'galamseyers'' were wicked citizens who sought the destruction of the environment for their personal interest.

Alhaji Dabre who spoke to the Ghana News Agency (GNA) in an interview in Accra on Tuesday, said the destructive nature of galamsey was causing harm to the country's water bodies and vegetation and stated that people engaged in such activities were more wicked and dangerous than murderers.

''Thinking about yourself and family without considering the nation means you are greedy and evil,' he said, adding that in all opportunities let us think about the future of the country and the generations to come.

The former Mamobi East Assemblyman called on the citizenry to put the interest of the nation first and desist from attitudes and activities that would destroy it.

Alhaji Dabre commended the government's fight against the menace, urging it to intensify the fight to clamp down on unscrupulous persons who were still engaged in the act despite the ban on illegal mining.

The former Assemblyman for Mamobi appealed to the government to include basic schools in the free education policy.