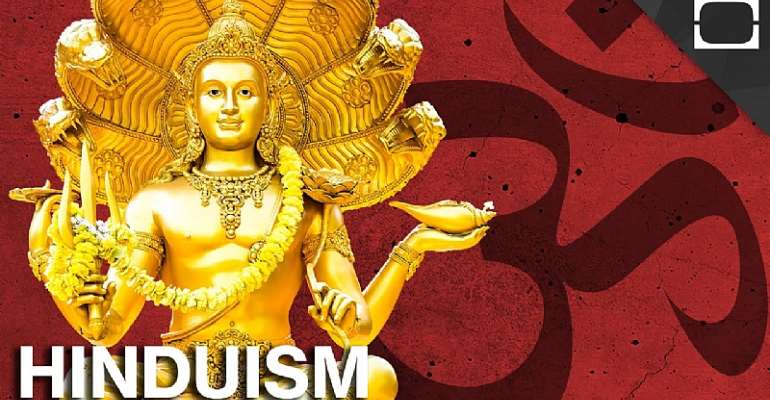 Recently, I have been trying to understand how religions spread in Africa. It is unsatisfactory and in fact less insightful to attribute the spread of the different religions especially foreign religions to the notorious penchant of Africans for religion. That tells us very little regarding how religions that were unknown to Africans many years ago continue to extend the frontiers of their membership and followership across the region.

In this piece, one element that drives the growth of religions has been identified: commerce. Historically commerce has been noted as one of the salient avenues used in introducing foreign religions. Arab traders from North Africa and the Middle East were among those who brought Islam while their Indian counterparts introduced Hinduism in Africa. But the way and manner that this historical entanglement yields the spread of religions has not been adequately explained. It is important to note that this resourceful relationship between religion and commerce has been a mutual affair. Religion has been used to advance commerce. Commerce has been used to propagate religion.

But here the main argument is that religion is used in furthering commercial interests of individuals, corporate organisations and countries in Africa. Foreign religions provide a pretext for traders, companies and ‘mission originating’ countries-to market their goods and commodities in Africa. In fact here it is argued that religious missions are trade missions.

To illustrate this point, the Free Eye Camp program, an event that the Hindu Council of Kenya (HCK) organized in Kisumu in November is explained. In describing the program, this article shows that this event is used to showcase Indian goods and services in Kenya. It suggests that the Free Eye Camp is part of the scheme by the Hindus in Kenya, with the support of the Indian government to grow a market for Indian goods in this east African country. The Free Eye Camp is a program in pursuant to advancing Indian business and commercial interests in Kenya. However the commercial agenda is not evident when one takes a look at the mission and activities of the HCK.

HCK: Hindu Mission in Kenya
HCK is an organization that is devoted to promoting Hinduism in Kenya. The website of the organization describes the HCK as a “non commercial organization” that is committed to serving the Hindu community, strengthening the Hindu culture and propagating the Hindu way of living. This implies that the HCK does not engage in trade, business or commerce. The organisation embarks on social welfare programs in the communities. The website has a picture of the HCK officials donating water tank to a community. The HCK provides lunches, books, computers and pens to schools.

The face book page contains a profile photo of the leaders of the council. They are mainly the descendants of immigrants from India who came to work in Kenya during the colonial period or those who came to trade during the pre-colonial era. The page also has posts announcing the celebration of Hindu religious festivities, the Navaratri and Diwali. One post invited the public to the Pravasi Bharatiya Divas and Vishwa Hindi Diwas. The event celebrates the contribution of overseas Indian community to the development of India and to the promotion of Hindi language at the global stage.

So the HCK provides a platform to promote Hindu religion and culture in Kenya. At the same time the organization works to advance India’s socio-economic interests in Kenya. Members of the HCK include industrialists, information technological experts, international traders, pharmacists, doctors and teachers and they support and sponsor programs and activities that further the development of the Indian medical, industrial, technological, educational, and manufacturing sectors.

The Free Eye Camp was organized in Kisumu, which is a district in western Kenya. It was part of the Hindu medical missionary scheme. Free medicines, free eye surgeries and free reading glasses were delivered to Kenyans who needed medical assistance. The HCK made it possible for these medical accessories to be given to Kenyans free of charge. As the website noted, the HCK is a non-commercial organization. So the HCK does not produce medicines. It is not a marketing outfit. The HCK is not a medical school that trains eye surgeons. So to provide this medical assistance, the organization relies on other firms and establishments.

As the poster that advertised the program shows, Bajaj Scooters, Infinity Industrial Park Rasikbhai Kantaria (Prime Bank), Prakash Soni (Soni Technical) Shilpa Rawal cosponsored the Free Eye Camp program. These are the agencies behind the medical supplies that were delivered free to some Kenyans at the event. Whilst the HCK and its partners made it possible for some Kenyans to access these medical goods at no cost. In actual fact, they used this free medical program to advertise and create market for Indian medical wares including the Indian medical expertise in Kenya. This event is used to stimulate demand for the Indian medical good and services in the country.

Conclusion
So there is more to the Free Eye Camp than free medical care. Although such events are presented as a form of charity and are used to extend free medical assistance to Kenyans, in actual fact, they are part of a trade missionary scheme to create a market for Indian medical goods, services and manufactures in Kenya. It is these commercial interests that drive and sponsor these ‘free’ medical programs. Commercial, profit-making agencies owned by Hindu technocrats with links to companies and businesses in India use Hindu religious charities such as the HCK to showcase and advertise their goods and services. They use the charity events to push Indian goods as well as Hindu religious beliefs into the ‘Kenya market’.

The Hindu free medical missions turn into trade missions that contribute to the development of India because these medical goods are delivered free of charge to a few Kenyans. These free deliveries stimulate the demand for such medicines and services. Now the rest of the people in the country who needed such services and equipment would have to access them at market prices in Kenya or in India. Kenyans who cannot procure the medicines locally embark on medical tourism. They travel to purchase the medicines and to access other medical procedures in India. This is how these free medical missionary programs, these non-commercial charity events, promote ‘Hindu’ businesses in Kenya and ultimately contribute to the economic development of India.

The author has 335 publications published on Modern Ghana.