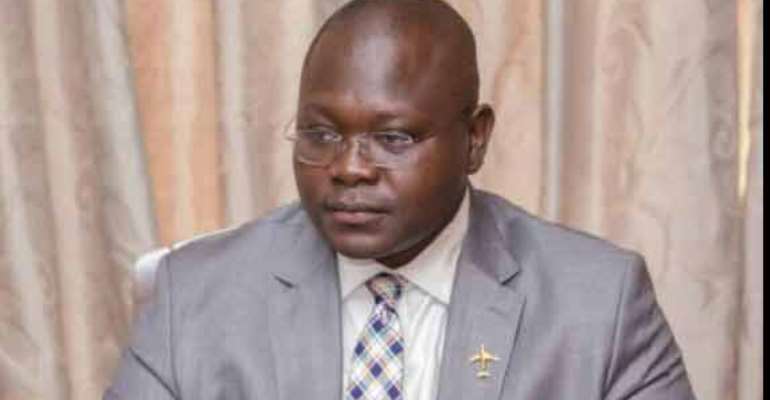 From its humble beginnings as a tertiary students wing of the NPP, TESCON has steadily evolved into a powerful political machinery, occupying an important place within the structure of the NPP. Since its inauguration on January 8, 2000 by the venerable John Agyekum Kufuor, the distinguished former president of the Republic, TESCON has been at the forefront of student and political activism, and grass root mobilisation. It has produced a wealth of talented individuals, whose skills and drive have been aptly utilised by the NPP to build capacity and enhance its stock as a demonstrable political guild, not only in Ghana, but Africa. I must take this opportunity, yet again, to commend the founding members who gave birth to the Confederacy and the Patriots whose Herculean sacrifices, over the years, have nurtured it into the formidable political force it is today.

The 2016 elections, like that of year 2000, was a defining moment, not only for TESCON and the NPP, but Ghanaians at large. Eight years of economic mismanagement, flagrant abuse of power, unbridled corruption and incompetent stewardship was threatening to bring Ghana yet again to the brink of economic and social degradation. Indeed, we were at the abyss and only an undiluted resolve of the citizenry could savage this precipitous decline.

While the task ahead remained enormous, it did not seem to daunt hardworking party members or sympathisers who were disillusioned by the poor level of governance the NDC had bequeathed Ghanaians. Lacing boots and girding up their loins, the presidential candidate of the NPP and his running mate travelled extensively across country, rallying the base and bringing the message of hope. We were to discover on those worthwhile journeys the true state of the country. Despite the song and dance about transforming Ghana, which the NDC claimed was “unprecedented”, we witnessed unfathomable hardship of many who were wallowing in abject poverty and social exclusion. We also saw at first hand, the deplorable state of our road infrastructure. It seemed the die was cast, win to competently steer the affairs of State or perish into political oblivion. It was a stark reality that confronted us as a party and we were determined to rise to the occasion.

Ghana Beyond Aid
TESCON was to play a critical role in complementing the efforts of the presidential candidate and his campaign team. With determination and incomparable vigilance, from polling stations to collation centres, TESCON members joined fellow patriots to deliver a crushing blow to the faint hopes of an incumbent which had resolved to conduct a divisive and tribalistic campaign, devoid of substance that addressed the legitimate needs and concerns of the Ghanaian people. The resounding electoral victory of the NPP, unprecedented in the history of Ghana, was a clear rejection of the myopic policies of the NDC but more importantly, a decision by the people of Ghana to embrace the new vision that the NPP was seeking the mandate to implement. This vision has been reiterated by President Nana Akufo-Addo on many occasions, but none more fortuitous than during the visit of the President of France to Ghana: A Ghana Beyond Aid!

The battle for electoral victory having been comprehensively won, the newly sworn in government on January 7, 2017, has set about to reverse the decline of our economic competitiveness and swiftly laid an impermeable foundation for the new industrialisation agenda to take off. The challenges have been many and the tasks arduous, but this government would be unrelenting in its pursuit of building a more just, equitable and progressive society, where all have equal opportunities to realise their dreams and fulfil their potentials, irrespective of social status.

Pledges
The implementation of our flagship campaign pledge, the Free Senior High School remains a radical but necessary step toward the socio economic transformation of Ghana. The One District One Factory programme has begun in earnest and gathering steam. Restoration of nurses and teachers allowance, payment of accrued arrears to road contractors and other government suppliers have been done with minimal fiscal implications to the economy. Revamping of the National Health Insurance Scheme and the School Feeding Programme are but a few of the social interventions that government is committed to as part of efforts to broaden the social safety net.

Without a doubt, job creation remains a key priority for the NPP government. Commendable efforts have been made, through the dynamism of the Vice-President, to create a formal and digital economy, evidenced by the National Digital Address System, E-registration of businesses at the Registrar General office and the Paperless Ports Project. While enhancing efficiency and reducing cost of business, the digital economy will undoubtedly create opportunities for new businesses to mushroom, not least e-commerce. It will also help government raise the needed revenue to meet its obligations to the people.

Aside the digital economy, government continues to adequately resource the Youth Employment Authority to perform its duty of developing feasible policies to engage the the youth.

As eloquently stated by the President, ‘it is people who build nations. It is not gold, cocoa, diamonds, timber or oil that is going to build nations. It is Ghanaians, especially the youth of today, who are going to build Ghana’. Maximising the demographic dividend requires a new mindset coupled with the creation of an ecosystem that stimulates new thinking, fosters innovation, creativity and unleashes the entrepreneurial spirit of the youth. Government has set up the National Entrepreneurship and Innovation Programme (NEIP), a flagship initiative, aimed at stimulating investment and providing timely support and advise to budding entrepreneurs.

Contribution from TESCON
TESCON, as a youth platform with dynamic minds can contribute meaningfully to the realisation of this ecosystem. The seeds for growth and jobs have already been sowed. Now is the time for it to be watered by honing skill sets to take advantage of the opportunities that a buoyant economy will present. We must inject the same levels of energy, drive and zeal that characterised our collective efforts in winning the elections into discovering new pathways for success and prosperity. Not everyone would welcome our success as a government and party nor seek the collective interest of Ghanaians with genuine intention. To such, the response must be to strengthen our resolve to deliver on the promises made and to build the capacity of the youth to navigate this brave new world driven by technology and innovation.

As we mark a year into office and also celebrate the 25th anniversary of the Fourth Republic, my appeal to TESCON is to remain united, resolute, focused and diligent in helping government implement its laudable initiatives. The accelerated development of Ghana is a shared responsibility of both a purposeful government and a dutiful citizenry. The flame of hope has been lit and all productive forces, including TESCON, must put their shoulders to the wheel in driving the transformation agenda forward.

Being Ghanaian must mean something. It must mean living a life of dignity, self respect, discipline and personal responsibility. It must mean a dedication to our cherished values of fearless honesty, commitment to service and a desire to see each other strive for excellence. Ghana will rise again as the Lord continues to bless us with good leadership and patriotic citizens.

Happy New Year 2018!
The Author, Francis Asenso-Boakye is the founding president of TESCON, and currently Deputy Chief of Staff and Political Assistant to the President.