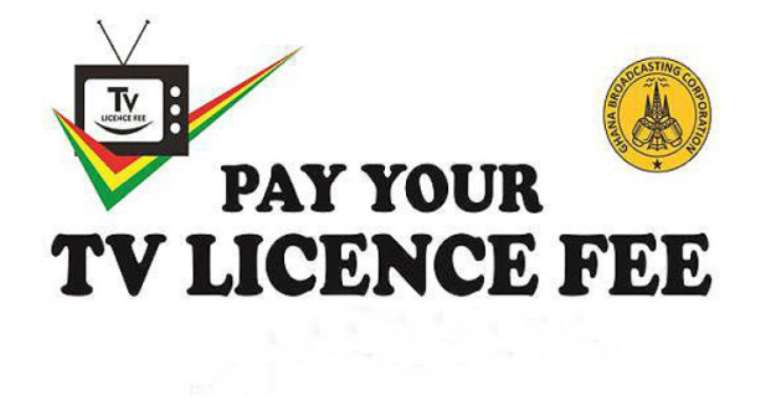 Just as the finances of a country partly depend on tax, the strength of public institutions like Ghana Broadcasting Corporation (GBC) depends on its financial resources including TV license fees. A legal attempt by GBC to reinvigorate the collection of TV license fees has been embroiled in controversy. “Ghanaians who fail to pay their TV License fees face a jail term after the Chief Justice, Sophia Akuffo set up Special Courts for dealing with such cases” (Source: myjoyonline.com, January 5, 2018).

The howls of outrage on GBC over the aforesaid fees risk tagging the character of some Ghanaians as notorious carpetbaggers [unscrupulous opportunists]. We Africans always demand more from our leaders and institutions while we areunwilling to spend to make public institutions and leaders more effective.

I think just as we pay for some computer software, we can equally pay for TV programs!Some have argued that GTV is bereft of audience-driven programs to warrant a license fee. The purpose of this article is to empathize with GBC and reflect on the challenges of public broadcaster like Ghana Television [GTV].

The birthing of broadcasting in the early 1920s was welcomed with glee as many people trusted the capacity of broadcast media for the betterment of society. The introduction of Gold Coast broadcasting system [Now GBC] in 1935 by the colonial governor, sir Arnold Hodson was no exception. Ghana is ethnically and culturally pluralistic society, therefore, making it increasingly difficult for GTV to please all audience with programs reflecting the needs and expectations of every culture. In a commercial competitive broadcasting business, programs that do not attract large audience aredumped. What absolutely remain are entertainment-driven programs that have the prospectofluring more audience. While private TV stations design programs to attract more viewers, the public broadcasters are encumbered with a tough quandary of designing culturally competent programs.

Thus, public sector media has difficult task of using the media for education, cultural development, disseminating information, entertainment and enlightenment due to budget constraints. GTV employs more workers to meet the demands of its heterogenous viewers.The management for example, hover between diverse dialets to serve its linguistically pluralistic audience. Language barrier and diversity issues affect GTV operations. Ghana State broadcaster also compete with private TV stations for viewers and commercials.Technological and industrial advancement such as the upsurge of internet pose a great deal of challenge to a public broadcaster. The State broadcaster like GTV must always insist on positive programs; the type of broadcasting that take all citizens at heart, regardless of economic class, religion, culture and political party affiliations. Private TV stations only design programs that attract large viewers as those are not restricted but regulated by mission and the vision of the organization.

Is it not hypocritical for many Ghanaians to resist TV license feesonly to travel outside Ghana and pay a monthly cable TV billsfor channels? Contradictory principles scaffolding Ghanaian society risk dragging the country’s development backward. GTV is doing terrific job! If you disagree then wait until African Nation’s Cup and World Cup seasons. In some countries, you need a cable, with monthly billsto watch such sports festivals. I think TV license law needs to be replaced to reflect modern media trend as espoused by OccupyGhana.

GBC’s classical approach of collecting TV license fees must be reviewed. GBC must take advantage of information technology and devise appropriate method of collecting TV License or raising funds. For example, during African Nations Cup seasons, internet users could be charged a token for online streaming. Many foreign TV channels do not give coverage for live African tournaments. GTV can capitalize on that for Africans in diaspora. Chasing MaameAbena Kwabena of Jachie-Pramso into her farm for a TV License fees is very classical, an approach which might not inure to the benefit of state broadcaster. There must be a healthy synergy between GTV and Private TV stations to determine TV license fee component.There should be digital method of collecting TV Licensefees. The government must make sure citizens honor their tax obligations.

The Ghana Revenue Authority (GRA) revelation recently that only 1.2 million Ghanaians pay tax to cater for 28.20 million population cannot be received without mortifying grief. Tax system is the bedrock of every economy. People have no money to pay tax for development, but will have huge sums of monies to chase false Prophets for miracles. Ghanaians in diaspora and businessmen are burdened with huge taxes at the port because many people in the country do not pay tax. The government must support TV license fees to revive GTV. Perhaps, GBC management and applicable government departments must introduce a catching phrase, rather than an “outmoded TV License fees”

In another development and a bad day for journalism in Ghana, let me express my heartfelt condolence to the family of the senior journalist and the managing editor of al-Hajj Newspaper, AlhajiIdrisuBature. Mr. Bature, you have really paid your dues to mother Ghana. R.I.P Mr. Bature! God bless our homeland Ghana.

The author has 168 publications published on Modern Ghana.