Bature's Son Reveals What Led To The Death Of His Father 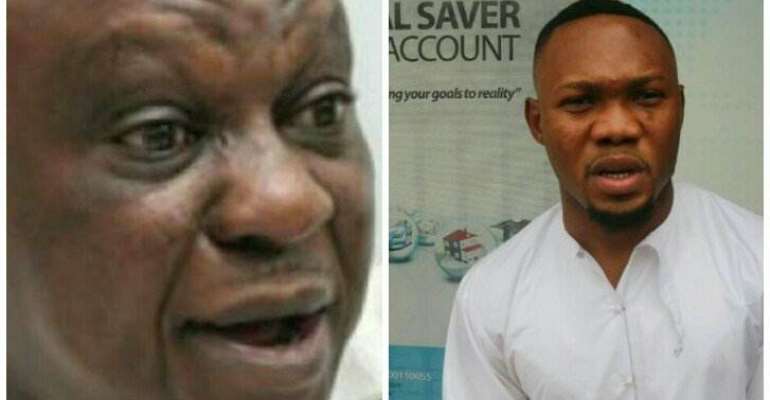 Son of the late Managing Editor of Al-Hajj newspaper Alhaji Bature, Mubarak Bature, has revealed that his father died as a result of high blood pressure (Hypertension).

Immediately, the death of the veteran journalist was announced, a publication that circulated within the media fraternity indicated that, he died of stroke.

The reports indicated further that,Alhaji Bature collapsed at his bathroom prior to the Christmas festivities and was rushed to the Korle Bu Teaching Hospital where he was on admission receiving treatment before his sudden demise.

The spokesman for the family ,Amos Blessing Amorse,had debunked that the media reports about the late Managing Editor Of Al-Hajj newspaper are untrue and thus the public should disregard it.

But speaking in an exclusive interview with Razzonline.com in line with what killed his Father,the first son of the late veteran Journalist Mubarak Bature who is based in the United States revealed candidly that:

“First of all, what I know is my father died of bp…he was admitted at the surgical ward of the Korle Bu teaching hospital for two weeks ...that’s what I know”,Mubarak told Razzonline.com

Mubarak explained extensively that, though the post mortem is not yet out, the doctors actually told him his late dad died of BP

The late Alhaji Bature Iddrisu,was laid to rest around 3pm on Saturday,January 6, 2017,after Jannaiza Prayers was observed at his family house at Nima,Gorillas;adjacent UNIBANK in accordance with the Islamic faith.

He was an outspoken political commentator on Adom TV’s morning show,Badwam, and a member of the National Democratic Congress.