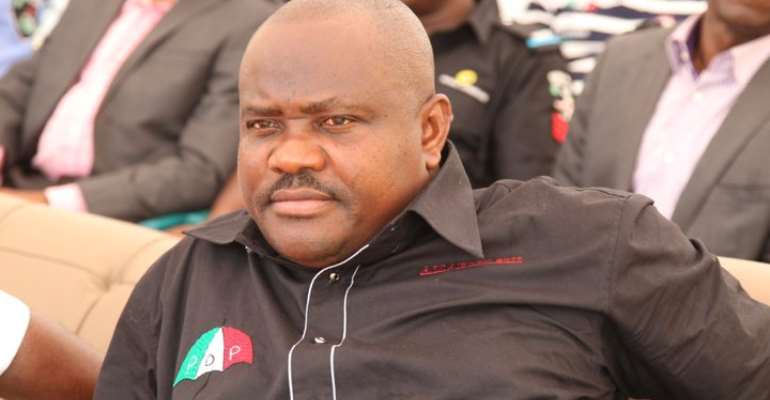 I was with a group of pressmen this January when one of us frowningly said that the government of Governor Ezebunwo Nyesom Wike of Rivers State is not media friendly.

I would not have believed the statement if some of Wike’s media aides had not resigned from his government and also, told the world in their resignation letters that Wike invariably hates the media.

In June 2017, Dr. Austin Tam George who was the state Information and Communication Commissioner resigned his appointment for irreconcilable issues in the government of Wike while he served in the information capacity. This was barely 24 hours the Rivers State Works Commissioner, Bathuel Harrison was relieved of his appointment by Wike.

Opunabo Inko-Tariah who was Wike’s Special Adviser on Media and Publicity resigned from his job on November 6 2015, commenting that his former boss was underfunding the media. Inko-Tariah claimed that his office was vigorously famished of funds by the Wike government, except funds for publications and advertorial.

These are but a few media persons in the state who have expressed the condescension and disparagement the government of Wike has for journalists. This means that journalists who were supposed to carry out their social responsibilities in the state, were not empowered through the office of the then Wike’s Special Adviser on Media and Publicity. And till date, journalists are roaming in the state like wanderers; unlike they have had it in other successive governments in Rivers State.

Take it to anywhere, Wike operates a government devoid of a strong media team. He forgot that journalists are the bastion of governance in sustaining accountability and security of any given sovereignty. It is on record that “Section 22 of the 1999 Constitution of the Federal Republic of Nigeria as amended entrusted the media with the power to monitor governance and uphold the Fundamental Objectives and Directive Principles of State Policy as enshrined in Chapter 2 of the Constitution.”

However, the saying that whoever that controls the media controls the mind may be true of Wike’s Rivers State. Why Wike has refused to make journalists in Rivers to be happy does not meet the eyes.

This implies that if Wike continues to be media unfriendly, the Rivers masses would be starved of the necessary information they need, given that journalists are needed to be active in Rivers State, especially in these times of insecurity.

In sane climes, organisations, persons and governments spend millions of dollars to empower journalists on reporting projects. Rivers State under Wike should tow this example, because he cannot afford the death of journalism in the state under his watch.

He needs to keep journalism alive. Wike should understand that according to one Henry Anatole Grunwald: Journalism can never be silent: That is its greatest virtue and its greatest fault. It must speak, and speak immediately, while the echoes of wonder, the claims of triumph and the signs of horror are still in the air.

Wike needs journalists in the fight against insecurity in Rivers State. It is journalists signed obligation to expose the ills of the society even with their lives. I have a belief that if Governor Ezebunwo Nyesom Wike's objective is to change Rivers State for the better, journalists are the most potent tools to use, instead of allowing journalism grope in apprehension in the state. It is too bad!