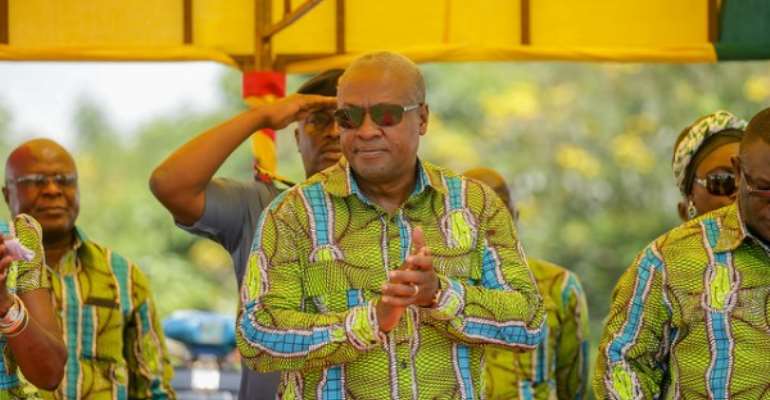 Former President John Dramani Mahama will later today [Sunday], January 7, 2018 attend a thanksgiving service at the Independence Square in Accra, being organised by the New Patriotic Party (NPP) government to mark the Silver Jubilee of the Fourth Republic.

According to Mr Mahama, the day has great significance as it acknowledges Ghana’s democratic credentials and is a testament to the political stability that the country has enjoyed over the years, which has become a point of reference for other countries.

“It is a day that heralds, the global recognition of our country as a worthy example of Democratic Governance and Stability for other states,” the former President said in a Facebook post.

“The 4th Republic will be our last Republic and would last for centuries to come. We owe the foundation of our Political Stability to the Good People of Ghana and the contributions of the various political parties and actors, post January 07, 1993”

John Mahama added in the post that he would be honouring an invitation to participate in the Thanksgiving Service “to thank God for the strengthening of our democracy over the last 25 years.”

The event, which is under the theme “Celebrating the goodness of the Lord” is meant to acknowledge the country's stable democracy over the past two decades.

A circular issued on the president's social media pages urged guests at the event to be seated by 3pm.

‘Waste of money’
The Convention People's Party, however, has opposed this plan by the government's plan to hold a thanksgiving service to mark the silver jubilee of the country's Fourth Republic.

According to the party, organising such a function would amount to a waste of the country's resources.

The Communications Director of the CPP, Kadir Abdul Rauf Issifu told Citi News that the amount which will be used to finance the event will be a wasted investment since the ceremony was unnecessary.

“The timing is wrong… They don't really intend to involve political actors. If they really wanted to, they would have given us at least 3 months ahead so that we start planning and thinking together. We have problems as a people in this country and since the NPP was elected into power, there are burning issues. Even their own flamboyant promises, they have not even met them halfway and Ghanaians are actually watching,” he said. 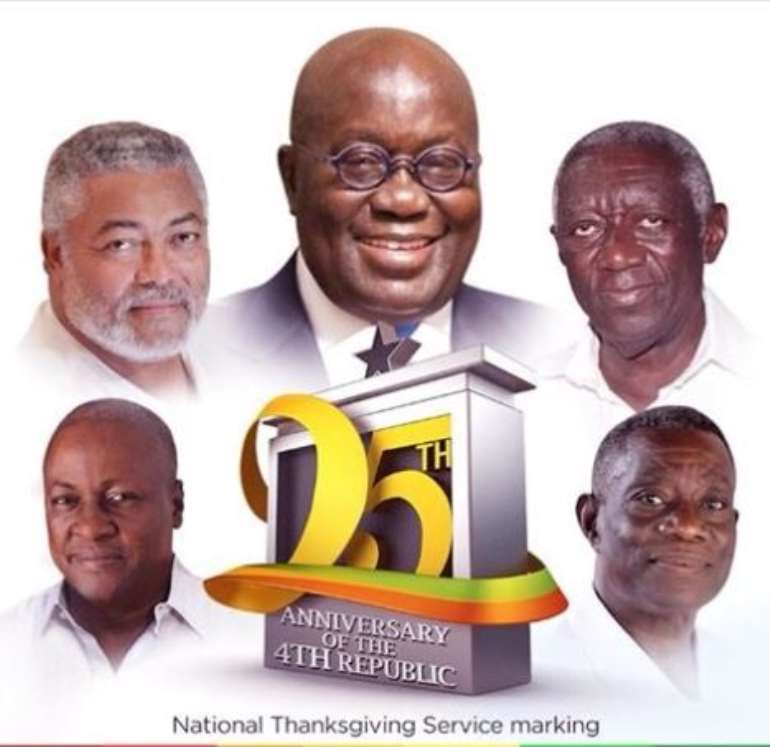 25 years of the Fourth Republic
Ghana's 25-year-long democratic journey has seen the country being led by five different presidents including the incumbent, Nana Addo Dankwa Akufo-Addo.

The first regime of the Fourth Republic was led by Former President Jerry John Rawlings, whose leadership transitioned from a military government under the Provisional National Defence Council (PNDC) to constitutional rule under the National Democratic Congress (NDC) in 1992.

After serving two terms in office making him ineligible to run against as president, Rawlings endorsed his vice-president at the time, Prof. John Evans Atta Mills as the NDC’s presidential candidate in 2000.

Atta-Mills, however, lost the elections to the New Patriotic Party's (NPP) John Agyekum Kufuor in the 2000 elections.

Prof. Atta-Mills won the 2008 elections against the NPP's Nana Akufo-Addo and served until 2012 when he died, 6 months before the end of his first term.

His position was taken by the then Vice President, John Mahama, who was in accordance with the constitution sworn-in hours after the news of Prof. Atta-Mills' death.

Mahama's attempt to seek re-election a second term in office was unsuccessful as Nana Akufo-Addo, on his third presidential attempt, secured a resounding election victory of acquiring 53.85% of the total valid votes cast against Mahama's 44.40%.

The 1992 Constitution of the Republic of Ghana that came into effect on January 7, 1993, after it was approved on April 28, 1992 through a national referendum after 92% support.

The constitution declared Ghana to be a unitary republic with sovereignty residing in the Ghanaian people.