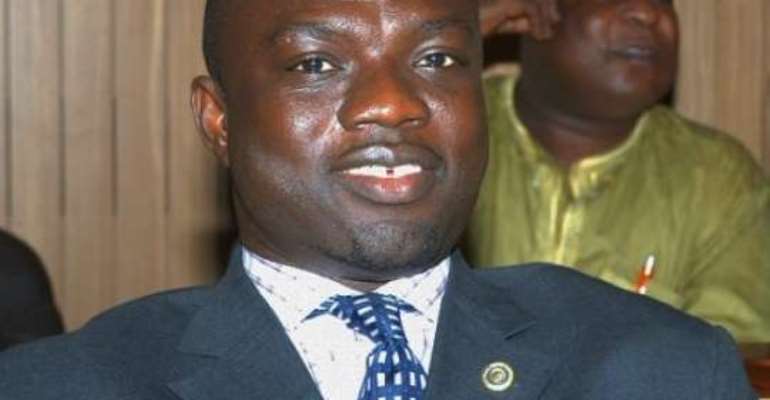 The pathologist who conducted autopsy on Member of Parliament for Abuakwa North, J. B. Danquah-Adu on Thursday said he could not produce a full report on the deceased, because he was burgled.

Appearing at a District court after three subpoenas had been issued to Dr Lawrence Edusei, the pathologist who is currently on retirement said due to the burglary he had lost about one thousand reports.

However, Dr Edusei said when he procures the photographs and other vital materials he could recollect and put together the report on the later MP.

'Writing the report would demand additional work to be done. I need to get access to the pictures, take my time and recollect what I saw and put same into writing,' the pathologist said.

According to Dr Edusei, he was however uncertain as to when to produce the report.

The court presided over by Ms Aret Nsemoah earlier asked Dr Edusei, whether he had the report on the deceased and he replied in the negative.

My house was ransacked in September last year. I have lost a number of reports in my house. I put together the cases I attend to on my computer. I reported the matter to the Korle-Bu Police Station'.

Dr Edusei lamented how he has not been paid over the past 15 years by the Judicial Service over various coroner reports.

He told the court that following the non-payment of the various reports, he resolved five years ago, not to produce any coroner report to the Judicial Service.

The court adjourned the matter to January 18, this year and further ordered him to submit copies of the report to the Court's Registrar.

The District Court on three occasions subpoenaed the pathologist who conducted autopsy on the deceased Member of Parliament for Abuakwa North, J.B Danquah-Adu to furnish it with the full report of the deceased.

This was after the pathologist had failed to appear in court to explain why he had failed to furnish the court the full report on the later MP.

According to the court, it was doing that 'for the benefit of doubt' since the subpoena had not been personally served on Dr Lawrence Edusie of the Korle-Bu Teaching Hospital.

The Prosecution recounted difficulties in accessing the pathology report of the victim, hence the delay in prosecuting the matter.

J.B Danquah Adu was murdered in his apartment in 2016 at Shiashie.

Two suspects, Daniel Asiedu and Vincent Bosso, were subsequently arrested and charged with murder following the incident. Their pleas have not been taken and they have been remanded into Prison custody.

The facts of the case, as presented by DSP Amegah, were that the deceased MP lived with his family in a one-storey house at Shiashie, near East Legon, a suburb of Accra, whilst Asiedu and Bosso lived at Agbogbloshie, also in Accra.

The driver had handed over the ignition keys of the car to Danquah-Adu and left for home, after which the MP retired to bed in a room located on the first floor of his house.

At about 0100 hours on the same night, Asiedu and Bosso, armed with a catapult, a cutter and a sharp knife, went to the legislator's house.

Bosso is said to have assisted Asiedu to enter the house by scaling the fence wall on the blind side of a security man who was fast asleep.

On entering the house, Asiedu picked a ladder and climbed onto a porch on the top floor and entered the MP's bedroom through a window, whilst Mr. Danquah-Adu was sleeping.

Whilst Asiedu was searching the room, the MP woke up and held him. There ensued a struggle, during which Asiedu stabbed the MP in the right chest above the breast.

The MP consequently held the knife, and Asiedu pulled it through the MP's hand, making a deep cut in his palm.

The legislator, who bled profusely, fell by his bed, after which Asiedu stabbed him several times on his right chest and neck.

On realizing that the MP was dying, Asiedu left the room and took with his three iPhone smart phones.

Meanwhile, the struggle between the MP and Asiedu had drawn the attention of the security man in the house, who alerted other security men in the neighbourhood.

Having been alerted of an impending danger, Bosso took to his heels, leaving Asiedu behind.

However, Asiedu managed to descend from the top of the house and jumped over the electric fencing on the walls of the house into an adjoining house and escaped.

I Wish You Die In Prison — Judge To Convict Who Defiled His ...
22 minutes ago