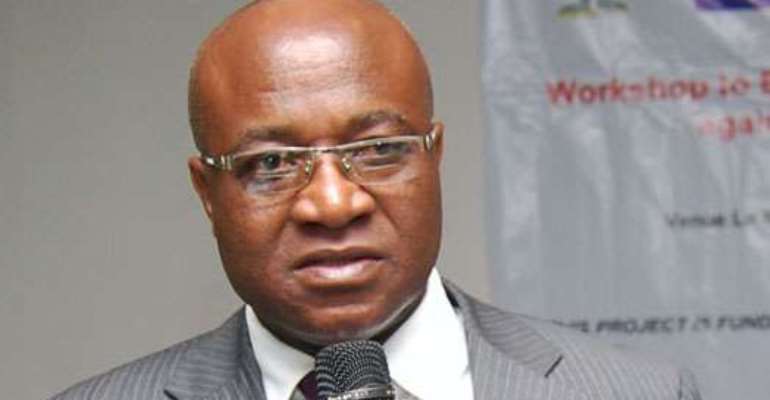 The Majority leader, Osei Kyei Mensah-Bonsu has expressed shock over the decision taken by the Speaker of Parliament, Professor Aaron Mike Oquaye to constitute a committee to investigate the brouhaha over the recent alleged extortion of expatriates, without allowing his side to voice out their concerns on the matter.

According to him, the Speaker should have insisted that the minority correct the motion they presented for before the House for such a probe to be initiated.

Speaking to Citi News after Friday's urgent sitting on the matter, Kyei Mensah-Bonsu who is also the Minister for Parliamentary Affairs said although the majority was not opposed to the call for a probe into the matter, it believed that the Speaker should have followed the due processes and not supported the Minority to stampede the laid down parliamentary procedure.

There was a heated argument on the floor of parliament when the House sat to consider the motion filed by the Minority Chief Whip, Muntaka Mubarak Mohammed.

The debate came about after the Majority Leader, Osei Kyei Mensah-Bonsu, described the motion as incompetent.

The Majority Leader had argued that, the motion calling for the special sitting and an ad-hoc committee, was not properly done and thus constitutes a “gross abuse of the processes of the House,” a claim Haruna Iddrisu vehemently rejected.

After a two-hour suspension of sitting, the Speaker of Parliament invited the Majority and the Minority leader to present their nominees for the ad-hoc committee but not to make their case about the substantive issue.

While Muntaka Mubarak said his side was satisfied by the Speaker's decision, Osei Kyei Mensah-Bonsu said the speaker's action was wrong.

He how, however,d his side will comply with it and it has “nothing to hide.”

Background
The extortion allegations was first made in Parliament by The Minority Chief Whip, Muntaka Mubarak, in December 2017.

The issue was further reinforced by Mr. Ablakwa, who suffered verbal assaults from Deputy Minister for Trade and Industry, Carlos Ahenkorah over the matter.

The Ministry of Trade and Industry initially dissociated itself from these allegations.

The Trade Ministry, in a statement said it played no role in determining prices for seats at the event, and clarified that it only facilitated the implementation of a new initiative by the Millennium Excellence Foundation.

But the Ministry after an order from the President to probe the matter, clarified that an amount of GHc 2,667,215 was realized from the event.

The organizers of the Awards had also explained that no one paid to sit close to the President, and that the amount raised was gotten from sponsorship through a fundraising at the event.