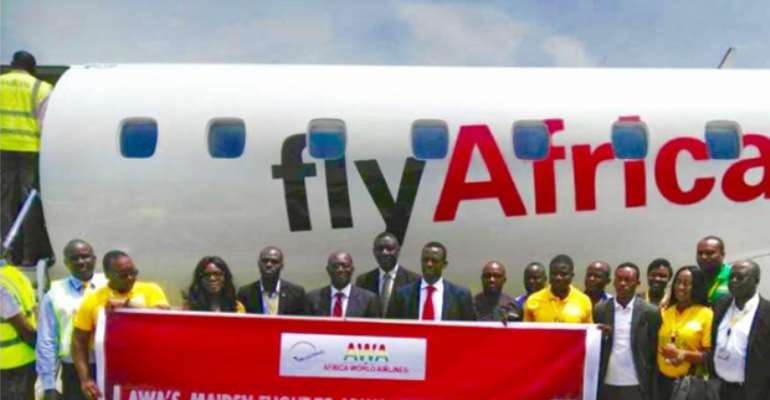 It follows the sole operation of Africa World Airlines (AWA) in the domestic aviation sector.

Africa World Airlines became the single company flying domestically after the suspension of operations of Starbow Airlines in December 2017.

The development has since been met with mixed reactions from industry players due to the possible exploitation by the company.

Centre Coordinator for CUTS International, Accra Appiah Kusi Adomako doesn't have any issue with monopoly but he tells Citi Business News the company would breach international laws when it fails to control its fares.

“AWA should make sure it puts a kind of a cap on its prices for any particular route; that is fares are charged above a particular level regardless of the distance .In that regard we can say that consumers are getting some kind of fairness in the market,” he explained.

Already, AWA has had to bear the brunt of increased passenger volumes during the yuletide where some passengers were stranded at the Tamale airport due to delayed flights.

At the time, the passengers threatened court action over the failure to address their concerns.

In the meantime, consumers are highly anticipating the commencement of operations of Baby Jet Airlines by June this year.

The Director General of the Ghana Civil Aviation Authority, Simon Allotey earlier explained to Citi Business News the role it will play in deepening competition.

“If the company works very hard and their manuals are found satisfactory and they have the aircraft they intend to operate and assuming all things are in place, then within six months they can complete the certification process,” he said.

For Mr. Appiah Adomako Kusi, Ghana should also expedite processes to pass the competition law to address any teething issues bordering on monopoly.

“We are hoping that the document can easily go to Parliament for the House to deliberate on it and also get stakeholder input and subsequently passed into law. But as an organization, we are working with all agencies to ensure that we get a competition law passed this year,” he reiterated.