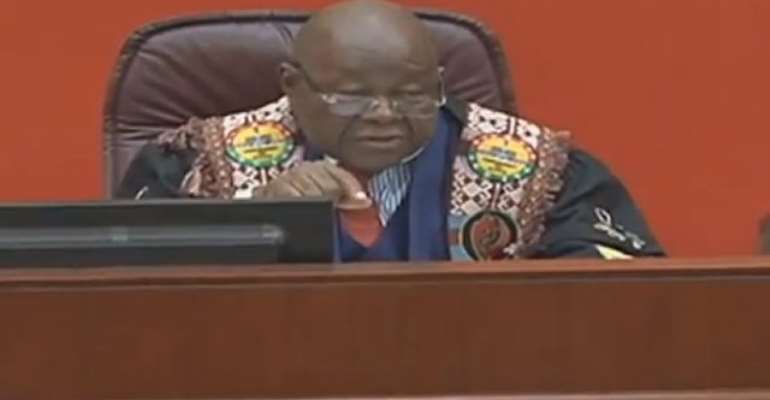 Speaker of Parliament Professor Mike Aaron Oquaye has set up a five-member Committee to probe the alleged sale of presidential seats to expatriates by the Trades Ministry.

The decision followed a thorough debate on the floor after an urgent motion was filed by the Minority and duly signed by 15 percent of its members who demanded a full-scale investigation into the matter.

After an earlier "procedural irregularities" in the motion, which led to the suspension of sitting, the Speaker has granted the wish of the Minority.

The Investigative Committee will be chaired by Sunyani East MP, Kwasi Ameyaw-Kyeremeh with representation from both divides of the House.

What Will The Publication Of 260-Page Cocoa Road Audit Repor...
7 minutes ago