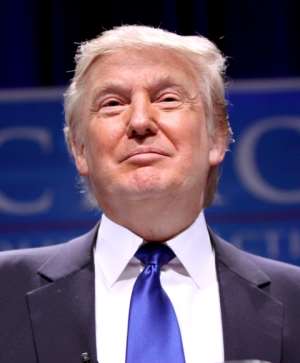 It has been said that what is required in dealing with the Trump administration is less an army of diplomats than keen and attentive psychiatrists. Those psychiatrists would have had dreams of splendour contemplating how a statement about having access to a nuclear button could quite become this.

It all began, as it tends to do, with a goading remark from North Korea’s Kim Jong-un. Evidently relishing an opportunity to give President Donald J. Trump a good new year’s poke, that man in Pyongyang informed the world that had had his nuclear button within easy reach on the table.

Trump duly went for the bait, claiming that his nuclear button “is a much bigger & more powerful one than his, and my Button works!” Was this a statement of his unfitness for office? Not so, claimed White House spokesperson Sara Sanders . “The president and the people of this country should be concerned about the mental fitness of the leader of North Korea.”

The nursery of politics is not a sophisticated place, and Sanders was keeping an appropriate front for the fiery show, suggesting that Trump was not a person who was “going to cower down and who’s not going to be weak and is going to make sure that he does, what he’s promised to do and that is stand up and protect the American people.”

All this talk about buttons has more cultural than substantive reality. For one thing, those in circles in the know find any reference to a neatly defined button amateurish. “The image of a leader with a finger on a button – a trigger capable of launching a world-ending strike,” writes Russell Goldman , “has for decades symbolised the speed with which a nuclear weapon could be launched, and the unchecked power of the person doing the pushing.”

The stress on symbolism is exactly the point. For one thing, procedure must still be complied with: the formation of a coherent order; communicating that order to the Chairman of the Joint Chiefs of Staff, which is duly relayed to US Strategic Command HQ in Nebraska for subsequent dissemination. There is also the slim chance that the order in question might be disobeyed.

Notions of having that ease of access to a button, one that will incinerate enemy and earth at a moment’s notice, are stretched. Political speak, however, has generated a mythology of buttons and triggers gazing at the summit of the apocalypse. As President Lyndon B. Johnson told Barry M. Goldwater in an exchange in 1964, the leader had to “do anything that is honourable to avoid pulling that trigger, mashing that button that will blow up the world.”

Nuclear footballs (or the nuclear football in the case of the US presidency) would be more accurate, a creature of promised mayhem that never leaves the President’s side. To keep that particular ball company is the biscuit, a card containing the relevant codes. (The sense of the absurd is unavoidable before the enormity of possible catastrophe.)

Within that particular ball, far more accurately termed a briefcase, is essentially a package of war plans and communication tools. It is carried by one of five military aides, with each branch of the armed forces represented. Those plans are far from sophisticated, coming down to what former director of the White House Military Office Bill Gurley termed “rare, medium or well done.”

Such talk does resemble the triggers of a boy hood nightmare. There is something of the disturbed in the articulations of the President. “Little Rocket Man” sounds like a leitmotif for past familial abuse; references to matters of size and questionable potency suggest much the same: somewhere, in that dark subconsciousness, lie certain answers.

As the president fantasises about such adolescent competitiveness, the two Koreas have been getting busy in an unfussy way. Fury in public; quiet deliberation behind the scenes. This is a show that is of much interest, even if US officials might be looking at it with skewed eyes. Kim has, for instance, expressed interest in re-opening channels of dialogue with South Korea, feeding on signals from Seoul about the possibility of Olympic diplomacy centred on the winter events.

According to North Korea’s KCNA news agency, making reference to Ri Son Gwon , chairman of North Korea’s Committee for the Peaceful Reunification of the Fatherland, “We will try to keep close communications with the south Korean side sincere stand (sic) and honest attitude, true to the intention of our supreme leadership, and deal with the practical matters related to the dispatch of our delegation.”

The response from Seoul on Tuesday was swift: a proposal to open high-level discussions at the Korean border, followed by Wednesday’s reopening of a border hotline closed since October 2016. Such small steps are to be viewed favourably, but the jaundiced in Washington only see wedge politics at work. A continued insistence on all or nothing, and more to the point, all at once or nothing at all regarding the nuclear imbroglio, remains Washington’s continuing problem.