Ghanaian emerges African of the Year 2017 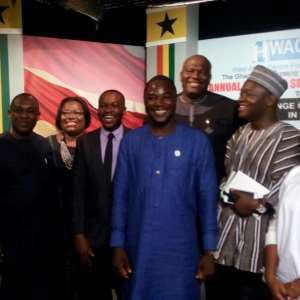 The award jury of the Daily Trust African of the Year Award has named 34-year-old Mutaru Mumuni Muqthar as AFRICAN OF THE YEAR for 2017.

Former President of Botswana and chairperson of the award jury, Festus Mogae said Muqthar was selected for his exemplary works on counter-terrorism which led to de-radicalization of would-be extremists in Africa.

He said the seven-member jury noted with satisfaction the effectiveness of Muqthar’s engagement with dozens of would-be terrorists, including a 21-year-old who was dissuaded from joining ISIS in Syria.

President Mogae said the extra-ordinary advocacy being undertaken by this ordinary African will help to deepen the understanding of violent extremism and radicalization of youths across the continent.

In choosing Prof. Yacoub, President Mogae said the jury was impressed with his indelible global accomplishments as well as his humanitarian and exemplary offer of heart surgeries to children across Africa.

He said Prof. Yacoub is a role model for Africans, who have made remarkable personal achievements and attain the height of their professional accomplishments to contribute to humanity in Africa.

The African of the Year award will be presented in Abuja, Nigeria, at a dinner ceremony to be hosted by DAILY TRUST newspaper and United Bank for Africa, UBA Plc, on January 17, 2018.

Born in Salaga, Northern Ghana, to a family of peasant farmers, Mutaru Muqthar is the founder and Executive Director of the West African Centre for Counter Extremism, WACCE, based in Accra.

He holds a Bachelor of Science degree in business administration from Ashesi University, Ghana, and a 2013 Master’s degree in international terrorism, international crime and global security from Coventry University in England, UK.

He was inspired to fight terrorism after his family fell victims of the deadly 1994 Nanumba-Konkomba conflict in Northern Ghana in which about 1,000 people were killed and tens of thousands were internally displaced.

Muqthar now works across West Africa with a team of professionals he engages to de-radicalize vulnerable youths whom he helps to reintegrate into the society, school or work.

A renowned heart surgeon, Professor Sir Magdi Habib Yacoub was born to a Coptic Christian family at Bilbeis, Al Sharqia, Egypt, and studied at Cairo University where he qualified as a media doctor in 1957.

He moved to Britain in 1962 and later became a Professor of Cardio-thoracic Surgery at Imperial College London. He carried out the first British live lung transplant and he is reputed to have performed more heart transplants than any other surgeon in the world.

To actualize his philosophy of giving back, he founded the Magdi Yacoub Heart Foundation, which launched the Aswan Heart project while he continues to offer free heart operations on children through his Chain of Hope charity.

Mutaru Muqthar expresses joy
Muqthar has expressed joy and appreciation over his selection as winner of the prestigious award.

In a reaction to the jury he said “I am deeply humbled and honoured to be chosen as winner of the African of The Year award for 2017. I am unable to truly capture how I feel about this at the moment. Working in an area that is highly unpopular and challenging for especially young people, there is no greater testament and validation of our work than this noble award.

“This is far more greater than anything we have ever accomplished or even envisaged when we set out to engage in countering violent extremism and radicalization in West Africa.

“I dedicate this to all the vulnerable youth I have worked with including the radicalized young man whom we have helped to stop from travelling to Syria last year and to all victims of terrorism, who have never in any way considered violence as a legitimate course of action.

“My greatest appreciation to Daily Trust, UBA Bank and the eminent award committee for this. Thank you all for the honour and the confidence reposed in me, I’m more determined to make Africa proud.”

The award, which enjoyed the support of United Bank for Africa, UBA Plc, was aimed at recognizing ordinary Africans for their extra-ordinary contributions to the continent in any field of human endeavour in a given year.

The maiden award for 2008 was given to a Congolese gynecologist, Dr. Denis Mukwege, in recognition of his offer of free reconstructive surgery to victims of rape in the war-torn Democratic Republic of Congo, DRC.

Dr. Mukwege has since been nominated twice for Nobel Prize and was in 2014 named winner of the “Sakharov Prize for Freedom of Thought”, the highest human rights’ award given by the European Parliament.

To protect the integrity of the award, the winners are selected by an independent jury of eminent personalities that are drawn from the five sub-regional blocs of Africa. The jury is helmed by His Excellency Festus Mogae, former President of Botswana and winner of the prestigious Mo Ibrahim Foundation Prize for African Leadership.

Now in its tenth year, the award has also benefited from the wisdoms of pioneer members of the Prize Committee especially His Excellency, Dr. Salim Ahmed Salim, former Prime Minister of Tanzania, who was chairperson for a record ten years. 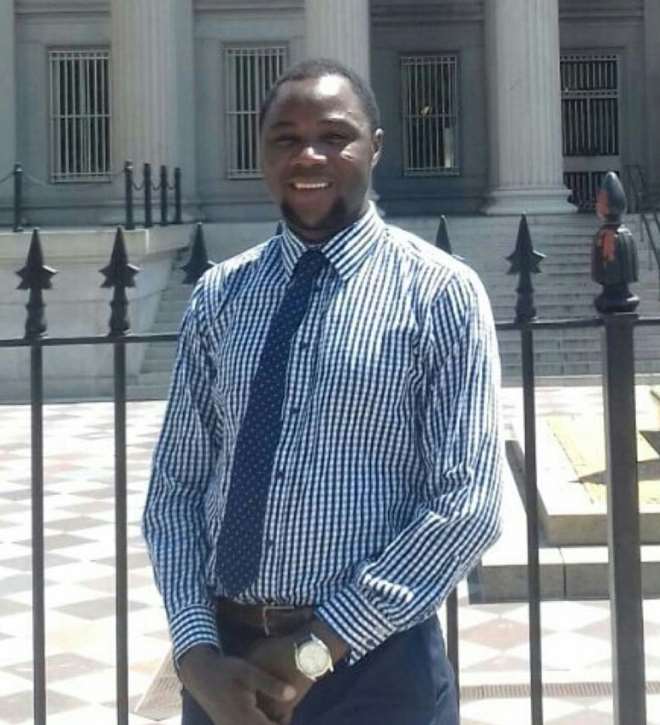 Election 2020: Only Uniform Personnel Will Be Deployed – Gha...
38 minutes ago