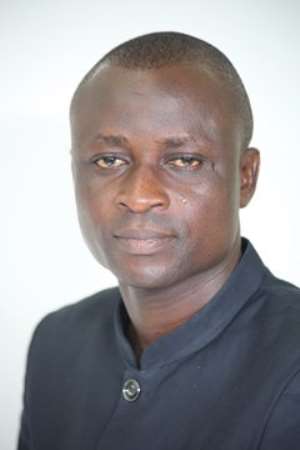 The Member of Parliament (MP) for Jomoro, Mr Paul Essien has organized a free health screening exercise for the people living in his constituency.

The exercise, dubbed "How well are you?" registered more than 10,000 people from the various communities within the Constituency.

It was the collaborative effort of the Philipa Baafi Foundation, the Ministry of Health and the Ghana National Petroleum Cooperation (GPNC) Foundation.

They were screened for various health problems, including Diabetes, Malaria, Hypertension, Hepatitis B, Cholesterol, eye problems, among others.

The beneficiaries were also offered free medication and educated on the importance of living healthy lifestyles.

This is the second of such medical exercise organised by Mr Paul Essien for Jomoro, with the first taking place in 2013 when he was the Assemblyman for the Tikobo No. 1 Electoral Area.

In an interview with the Ghana News Agency, Mr Essien who doubles as the Deputy Minister for Chieftaincy and Religious Affairs, expressed his appreciation to Philipa Baafi Foundation, the Health Ministry and GNPC Foundation for contributing towards the success of the exercise.

At the climax of the exercise at Beyin, Mr Essien promised to build more Community-based Health Planning and Services (CHPS) Compounds in some parts of the Constituency to help meet the health needs of the people especially the aged.

He stated that the CHPS Compounds were needed as an intervention to control ailments, especially at a time health service delivery had become expensive.

Mr Essien said in spite of the challenges that existed in the Constituency, the health of his constituents remained paramount hence his decision to organise the screening.

He advised the public to go for regular check-ups as well as engage in physical exercise in order to stay healthy.

He hinted that free eye treatment would be given on 2 January 2018 to 100 participants who were identified by the health experts with eye problems.

Mr Essien said he would continue to utilize the MP's Social Intervention Fund to organise the exercise for his constituents annually.

He revealed that plans were far advanced for the construction of a Polyclinic in the Constituency which would be situated at the Elubo enclave to augment the Half Assini Government Hospital to improve the health conditions of the people.

Ghanaian Gosple Musician and 'Physicio and Occupational Therapist' who is also the Founder of Philipa Baafi Foundation, Philipa Baafi told the GNA that her foundation focuses on the welfare of the aged by providing medical support for them.

She said society had neglected the aged with the perception that they were unable to contribute towards national development and also have nothing to offer.

She also applauded the Deputy Chieftaincy and Religious Minister for the unflinching support given to the doctors, nurses and other para-medical experts during their stay in the Constituency.

The exercise created job opportunities for 56 youth temporarily in the Constituency who were tasked to work with the medical experts.