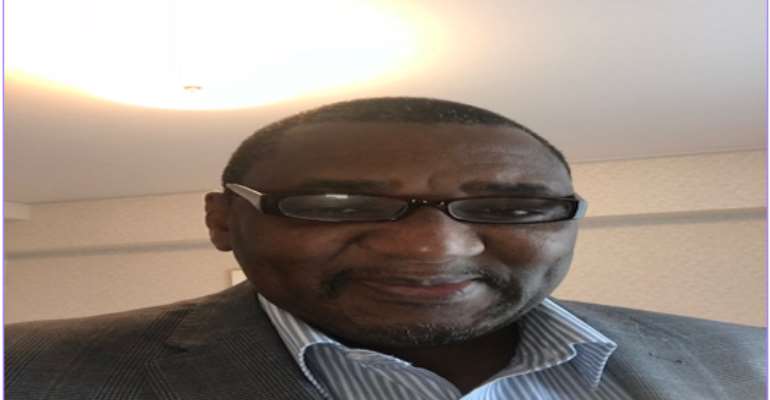 The Ghana Coalition of NGOs in Health (GCNH) has honored Dr. Koku Awoonor for his distinguished leadership in the health sector in Ghana. Dr. Awoonor who is the Director for Policy Planning Monitoring and Evaluation Division (PPMED) of the Ghana Health Service was singled out for the leadership award during the Coalition’s annual national conference held recently in the Eastern Regional capital Koforidua.

A section of the citation accompanying the award described Dr. Awoonor as a humble but firm leader with passion for health; a leader who treats all persons fairly irrespective of their background. Chronicling some of his major health development accomplishments, the group said their decision to honor Dr. Awoonor was informed by his consistent demonstration of transformational leadership throughout his career everywhere he went. “When you were in charge of Nkwanta District Hospital as District Director in the Volta Region you built the Nkwanta District Hospital from scratch with Internally Generated Funds and donor support into an unprecedented 140 bed capacity hospital”. The group also credited him with the high drive in capacity building for TBAs at the time in the face of shortage of critical midwives to improve maternal and child health in the district. The citation also captured his tremendous role in the development and expansion of Ghana’s flagship primary health care strategy the CHPS program to improve access to health care in both the Volta and Upper East regions during his tenure.

Backing their action, the National Chairman of the Coalition Dr. Gabriel Bernakuu disclosed that the group did not have any difficulty in arriving at the decision to honor Dr. Awoonor considering the enviable legacy he has built over the few years of his career in the health service. He said the coalition considers quality leadership as the single most dominant factor that can spearhead transformation in the health sector in Ghana. He said part of the reason for honoring Dr. Awoonor was therefore to inspire other leaders including their own members to aspire to deliver exceptional leadership.

The Ghana Coalition of NGOs in health is an umbrella body of local Non-Governmental Organizations and Community-based Organizations (CBOs) who are working in collaboration with the Ministry of Health, the Ghana Health Service and partners in various aspects of health care service delivery. With membership strength of over 140 NGOs spread across the entire country, Dr. Bernakuu said the group has been a formidable force in health care advocacy, community mobilization and health service delivery and wants to use its voice to call attention to the importance of strong leadership in the health sector. He said the group was more than happy when Dr. Awoonor was appointed Director PPMED in 2015, as they believe he will bring his leadership skills to support the team at the helm of affairs at the national level in order to bring about massive transformation in health policy and implementation in the sector. He was optimistic the award will motivate him to work harder and challenge others in high positions to emulate his exemplary leadership.

The local chapter Chairman of the Coalition in the Upper East Region, Mr. Alagkomah Asakeya Noble when contacted said the regional chapter was proud of the decision of their national body to honor Dr Awoonor. He said as NGOs who operate in the region, they had firsthand experience of the amazing leadership of Dr. Awoonor. “Everybody in this region especially we the NGOs working in health are living witnesses of the change and transformation Dr. Awoonor brought to the Upper East during his few years stay here,” Mr Alagkomah revealed. According to him anybody who is familiar with development in the health sector in the region will admit that the Upper East region witnessed some of the “craziest” expansion in health care infrastructure from tremendous increase in construction and rehabilitation of CHPS compounds, health centers and hospitals services to door-step health commodity delivery, and the establishment of a Regional In-service Training and Conference Center. He said Dr. Awoonor was able to achieve most of those accomplishments because of the effective collaboration he had with key stakeholders in health in the region such as the local NGOs working in health and the media. He noted that, while the local chapter of the Coalition and people of the region remain grateful to him, they were hopefully he will find it necessary to continue to support health care infrastructure development in the region so it remains the model region that he helped create.

Commenting on the award Dr. Awoonor said he is touched by the action of the group and wish to commend them for recognizing him for his efforts and contribution to health care development in the country. He said he considers the coalition as a very important partner in health care planning and services at the community level and has always enjoyed working with members of the group everywhere he finds himself. “They play an important role in health care delivery and are a great pillar in both community mobilization, demand generation for health services and their ability to mobilize internal and external resources especially for immunisation and other services including national health campaigns”.

Dr. Awoonor said Ghana’s progress towards achieving Universal Health Coverage by 2030 is bright given the continuous expansion in geographical access through CHPS scale up and reduction of economic barriers through the implementation of National Health Insurance Scheme. He said it was therefore important to strengthen collaboration with major stakeholders in health to support and contribute to this national ambition. Dr. Awoonor dedicated the award and honor to leadership of the health service and the thousands of health staff he has worked with in the past and present and appealed to the Coalition to take interest in operational research and to identify bottlenecks and find solutions to effective health service delivery towards the attainment of Universal Health Coverage.